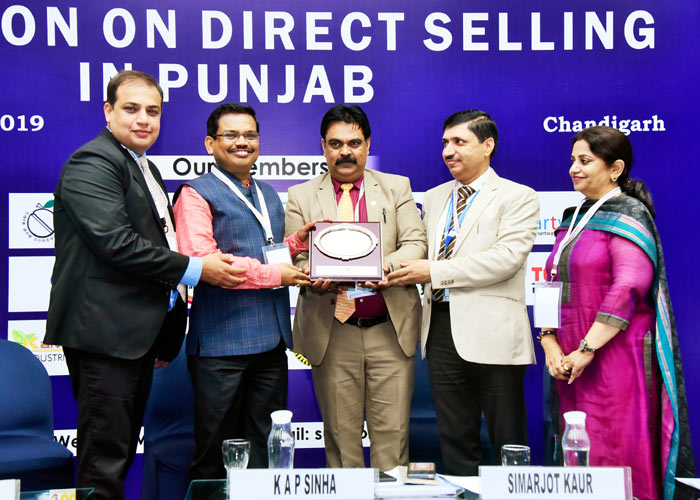 Confederation of Indian Industry in association with the Federation of Indian Direct Selling Industries (FIDSI) organized an informative session on Direct Selling at CII Northern Region Headquarters, here today. The half-day session created awareness about the avenues that this industry presents, modus operandi, regulations, skill requirement & upgradation. The session was graced by officials from Government of Punjab.

Mr K.A.P Sinha, said, “There is a huge potential for employment, especially for women in the direct selling domain.” He expressed his delight over the direct selling industry demanding legislations and regulatory guidelines and assured that he will initiate necessary action in this regard.

Mr Sinha also opined that there should be a consumer centric attitude in both policy framework & industry operations as the focus is on the user is at the receiving end. He also appreciated CII and FIDSI efforts to organize such a session and said that Industry Associations should take lead in affirming such interfacing platforms.

Ms Simarjot Kaur, said, “We welcome the feedback of the industry and shall surely look into the formulation of requisite guidelines to facilitate documentation and operations in the direct selling business.”

Mr Rahul Sudan, General Secretary, FIDSI presented a glimpse of the opportunities in direct selling industry & also the policy reforms done by the Central Government as well as various State Governments till date to give an impetus of this niche industry. The State Government was requested to issue guidelines on Direct Selling for Punjab state as well since it would help in countering unemployment.