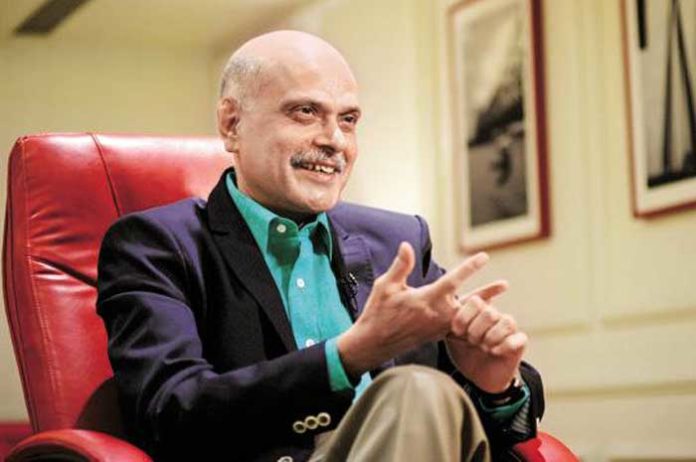 Media entrepreneur Raghav Bahl had earlier applied for a news channel licence but when asked by the Ministry of Information and Broadcasting for information on security clearance, Bahl withdrew his application and opted to buy a company, Horizon, with existing licences instead.

Sources say that Bahl is allegedly using a different route to start his news channel Bloomberg Quint. Instead of going through the stringent approval process for getting a news channel license, he bought a company called Horizon which had an existing news license.

Questions are being raised whether he did this to bypass the security clearance and the declaration of criminal cases against him.

In a response to a query sent by us whether Horizon was acquired to bypass the security clearance, advocate Prashant Kumar responded on behalf of Bahl.

“In this regard, I wish to bring to your kind attention that the matter is sub judice before Hon’ble TDSAT which has issued specific directions. Hence it will not be appropriate for my clients to offer any comments. Also, in our opinion it is also not appropriate for media to seek comments on sub judice matter and to run a story which may amount to interference in judicial process by trying to influence the judicial outcome, especially in the background of recent reportings and pleadings before the Hon’ble TDSAT,” said the advocate who was writing this under instructions from Bahl.

It is learnt that Bahl has leveraged Horizon and its already security cleared directors (Panchi Jain and Mansukh Dugar) to start the news business without going through the scrutiny required for getting news channel licenses.

Bahl nominated his wife Ritu Kapur and channel’s editor Sanjay Pugalia on the board of Horizon. Even though he is the main promoter, he has avoided being on the Board to circumvent the security clearance process, it is learnt.

The company, Horizon, has allegedly violated the MIB guidelines and in the past, its license has been suspended. It has come to light that there is misrepresentation regarding declaration of shareholder and promoter of Horizon. Horizon has declared there is no criminal case against Bahl, the promoter, but the information is incorrect.

It is commonly known that there are criminal cases against Bahl. In fact, he has taken a bail on a criminal matter filed by Ajay Agarwal in a Ghaziabad court (suit no 3955/2008).  (Agency)