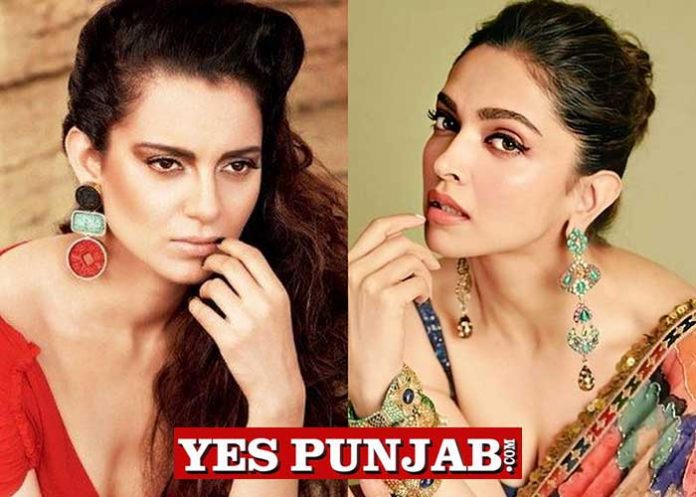 Did Kangana Ranaut just take an indirect dig at Deepika Padukone? Seems like it, if you consider what Kangana has to say while opening up in a new tweet on the controversy that surrounded her 2019 release, Judgementall Hai Kya.

Kangana tweeted on the occasion of World Mental Health Day on Saturday.

“The film that we made for Mental Health awareness was dragged to the court by those who run depression ki dukan, after media ban, name of the film was changed just before the release causing marketing complications but it’s a good film, do watch it today,” Kangana tweeted, and shared a clip of the film.

“Judgementall Hai Kya”, which also features Rajkummar Rao, was initially titled “Mental Hai Kya”. The original title, however, was deemed insensitive by many, forcing the makers to change it.

Deepika’s The Live Love Laugh Foundation was among the organisations that condemned the title and poster of “Mental Hai Kya”.

“Judgementall Hai Kya” failed to generate box office success upon release. The film follows the story of Bobby, played by Kangana, whose life pivots between reality and illusions, and her new neighbour Keshav (Rajkummar Rao) who, she is convinced, is a psychotic killer. (Agency)