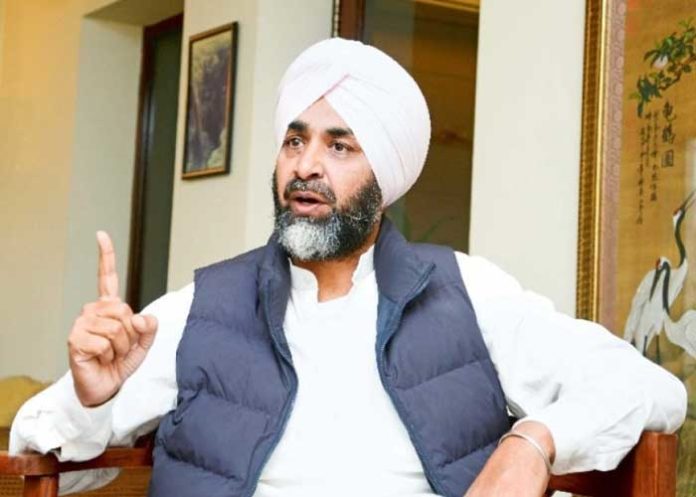 Finance Minister Manpreet Singh Badal today blamed criminal neglect by the Akali Dal held Municipal Corporation, lack of action by the Akali Dal’s Mayor, and 10 years of disastrous performance by the Shiromani Akali Dal government as the factors responsible for the disaster that has struck Bathinda following the unprecedented rains.

The core problem lay in the MoU that was signed by the previous Shriomani Akali Dal government with a private sector company, which includes the Union Government as a party.

The Finance Minister raised four questions for Harsimrat Kaur Badal. Can Bathinda MP explain why her party signed such a lopsided MoU? Can she inform the public as to why her party which has been heading the Bathinda MC ever since the MC came into being has been stalling the tenders every time?

The way the MoU has been signed imposes heavy penalties on the state government as and when it tries to intervene. The entire sewerage works is in the hands of the MC, and the MC which has been under Akali-control ever since the MC came into being is deliberately delaying all projects to score political points.

While the unprecedented and torrential rains were an act of nature; three factors – lack of proper drainage during the Akali regime, inaction by the Municipal Corporation which is held by the Shiromani Akali Dal-BJP combine, and inability to utilize funds by the Akali Mayor are the key factors that led to the flooded situation, the Finance Minister said.

In the 48-crore Amrut scheme, the Bathinda Municipal Corporation floated tenders in March, but they have still not been received. As recent as the first week of July, the Finance Minister had questioned the MC as to why they had not started the works.

Manpreet Singh Badal stated that the projects have been granted administrative clearance by the Punjab government and according to government rules and regulations, payments are made as soon as the work is completed.

Despite repeated reminders, the Akali-led Municipal Corporation deliberately did not award the tender for its implementation. “Why did the MC not issue proper tenders?” the Finance Minister asked.

The Finance Minister stated that in January, he had written to the MC to implement the works; and for seven months, they kept it pending. Forced with this situation and keeping public interest in mind, 16 crores was granted to the Improvement Trust so that works gets underway. If any work has been done it has been done by the Improvement Trust and the Congress councillors. No work has been undertaken by the Akali Dal led MC.

He added that the MC was not completing the sludge carrier, and it was deliberately delaying paying compensation to farmers. It had also avoided clearing the alignment of sludge carrier in order to prevent its implementation.

Manpreet Singh Badal stated that the torrential rains were five times more than the carrying capacity of standard drainage system in Punjab. While one has no control over nature, had it not been for the criminal neglect by the Bathinda MC, residents would not have had to face such situation.