Home Punjab Dera Baba Nanak Utsav to be held from 8-11 Nov as part... 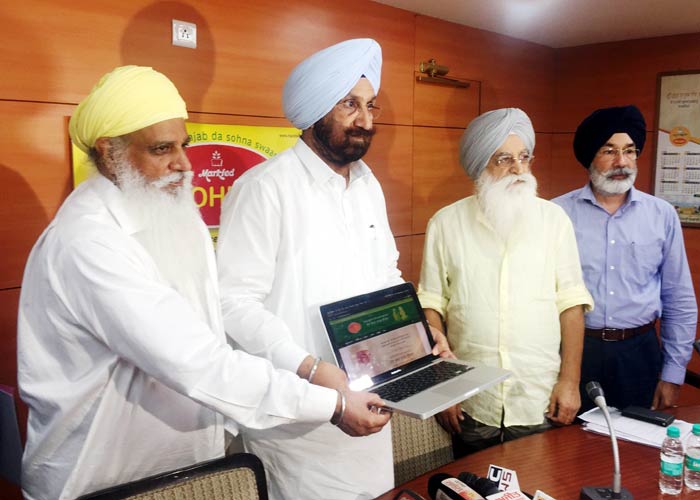 “On the eve of 550th Parkash Purb of Sri Guru Nanak Dev Ji, Dera Baba Nanak Utsav would be held from 8-11 November keeping in view the large number of devotees anticipated for having darshan of Gurudwara Sri Kartarpur Sahib.

During the utsav, Ragi Darbar, Shabad Kirtan, Dhadhi/Vaars, Poetry and Literary fest, alongwith Kaveeshri would also be organized. The focus of all the functions would be on the teachings as well as the philosophy of Sri Guru Nanak Dev Ji and the life, Udasis (Missionary Travels) and Sakhis of Guru Sahib would be showcased through the exhibitions.”

This was disclosed here today by the Cooperation and Jails Minister, S. Sukhjiinder Singh Randhawa in a press communique after presiding over a high level meeting at Head office of Markfed in Sector 35 convened to take stock of the preparations with regard to the utsav.

The meeting saw the officers from all the departments and various Sikh intellectuals who assured the minister that all the preparations would be completed by the end of last week of October. The minister also launched official website and the facebook, twitter, instagram platforms in connection with the utsav.

The minister further said that we are indeed fortunate to have got the chance to celebrate the 550th Parkash Purb of Sri Guru Nanak Dev Ji. The long cherished wish of the entire ‘Nanak Naam Leva Sangat’ is also getting fulfilled in the of the opening of Sri Kartarpur Sahib Corridor.

He also added that Dera Baba Nanak is the entrance (Darshani Deodhi) for the scores of devotees anticipated to visit Gurudwara Sri Kartarpur Sahib. He also divulged that Dera Baba Nanak would be the axis of the celebrations of 550th Parkash Purb with the opening of the corridor. The District Administration as well as the different departments have been directed to not leave any stone unturned in extending all facilities to the devotees.

The officials have been directed to make adequate arrangements for the boarding, lodging, Langar, Parking and other basic amenities for the devotees. During the utsav, the buses would be arranged for going from parking place to the main pandal. The Dera Baba Nanak town would be filled with the fragrance of more than 5 lakh flowers. This ‘Sewa’ would be performed by Mr. Manjit Singh from Sri Ganga Nursery, Zirakpur.

Listing the details of the itinerary of the programs to be held before and during the Utsav, the minister said that the festivities would begin from the September month itself which would include an online youth fest in which the teams from all Universities and Colleges would participate in 3 group and 10 individual categories.

The teams participating in the Shabad Gayan, Dhadhi/Vaars, Kaveeshri, Painting events would showcase their skills through website from 1-20 October. The teams bagging first three spots would get the chance to perform during Dera Baba Nanak Utsav from main stage on 8th November. He also said that the team bagging the first place would get Rs. 71000, Team coming second would get Rs. 51000 while the team at third position would get Rs. 31000 prize money. For the individual category, the prize money would be Rs. 51000 for the first, Rs. 31000 for the second and Rs. 21000 for the third. Similarly, a festival of short films would also be held.

The 100 villages of Dera Baba Nanak would see ‘Nukkar Nataks’ being held from 20th September. A procession of unity from all the villages would be taken out on the traditional modes of transport such as Tractors, Carts etc.

Divulging more, S. Randhawa said that during the utsav from 8-11 November the Ragi Darbar by famous ragis, Shabad Kirtan by Kirtani Jathas, Dhadhi/Vaars by Dhadhis/Kaveeshars and Katha Darbar would be held. The minister further said that devotees would also have a darshan of the rare ‘Birs’ of Sri Guru Granth Sahib. The poets from 24 languages of the country would take part in the multilingual poetry recitation. The literary fest would see the participation of eminent litterateurs and Sikh scholars who would take part in panel discussions and read their papers. 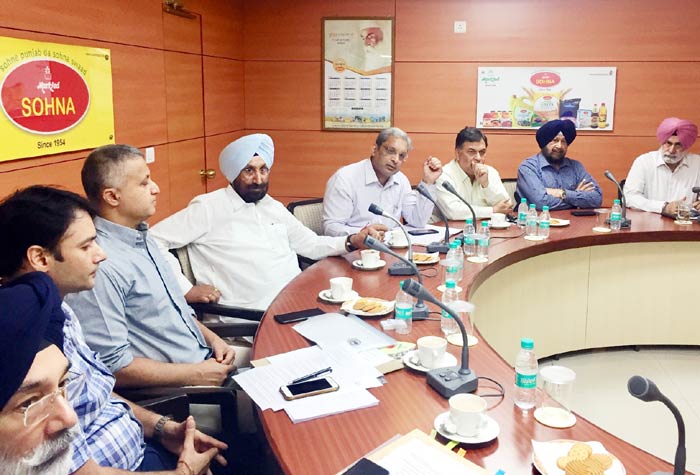 The craftsmen would display their talent in the art fest while the theatre persons would be participating in the theatre fest. The minister further divulged that the statues of Maharaja Ranjit Singh and Hari Singh Nalwa are also being installed at Dera Baba Nanak. The whole town is being accorded traditional as well as heritage look.