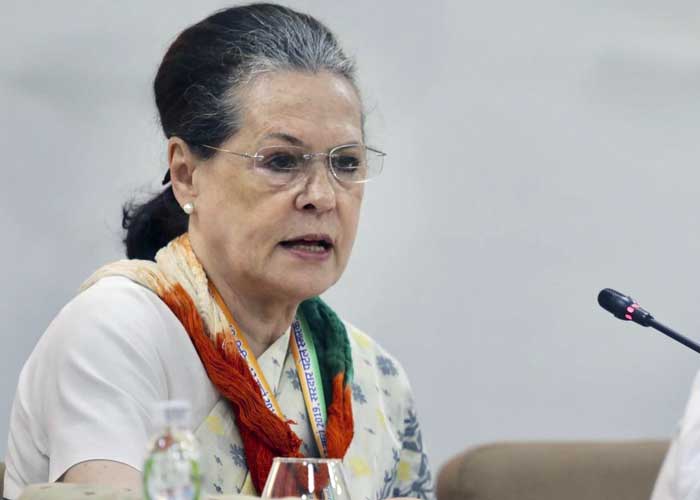 Congress Interim President Sonia Gandhi on Friday slammed the government on the third anniversary of demonetization, terming it as a “Tughlaki blunder” which was “inflicted by a tyrannical government hell-bent upon attacking livelihoods and lives of its own people.”

In a statement, she questioned what demonetization had achieved as she recounted that Prime Minister Narendra Modi had promised to “wipe out black money”, “eliminate fake currency” and “purge terrorism and naxalism”.

“The BJP government even told the Supreme Court that Rs 3,00,000 crore of black money will be purged as it would not return to the system. Subsequently, the PM added the objective of abolition of cash currency usage and to replace it with a digital economy,” Gandhi said.

She said the RBI has confirmed that 99.3 per cent of all the devalued Rs 500 and Rs 1,000 currency notes have been re-deposited “with zero windfall gain to speak of”.

Fake notes “turned out to be a miniscule and negligible percentage of the notes in circulation (again, as per the RBI)” and “terror and naxalite activities have actually seen an increase after demonetization as per the government’s own published data,” Gandhi said.

“The currency in circulation has actually seen a 22 per cent increase over pre-demonetisation level (as per FM in Parliament),” she added.

Dubbing demonetization as BJP’s “ill-conceived governance model”, she said, “It was a preposterous measure fuelled by false propaganda, which did untold damage to innocent and trusting countrymen. This, in a nutshell, is a summary of the Modi government’s approach to governance.”

The Congress chief said demonetization had “wiped out over one crore jobs from the economy (and still counting)”, taken the unemployment rate to “a 45-year high, shaved two full percentage points off GDP growth and ensured that India’s international rating moved from ‘stable’ to ‘negative’.”

She went on to add that “it is now widely acknowledged as a herculean blunder by independent economists and taught, across the world, as a cautionary tale of ‘what governments should not do’.”

Contending that the Modi government “may try and evade responsibility for this ludicrous and short-sighted measure”, Gandhi said, “the nation and its people will ensure that they are held accountable.”

She said the Prime Minister and his colleagues have stopped speaking about demonetization since 2017, hoping that the nation will forget.

“Unfortunately, for them, the Congress will ensure that neither the nation nor history forgives or forgets,” the Congress chief asserted.  (Agency)