Home National #DelhiAirEmergency gets people to talk about solutions 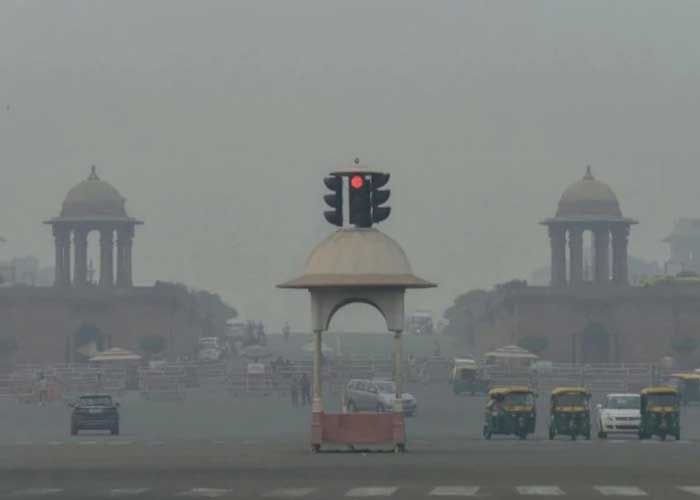 From wearing masks and staying indoors to working from home, suggestions to deal with the deadly air pollution in Delhi flooded Twitter on Sunday as people took to social media to vent their anger on politicians for their inactions.

#DelhiAirEmergency and #DelhiPollution were among the top trends on Twitter on Sunday.

“Imagine if this is happening at Capital and still we are seeing such laziness from authorities. We can imagine how they will treat small cities/states. Just because all the major parties are at fault doesn’t mean it’s ok if you don’t take action. #DelhiAirEmergency,” wrote another user.

Some users even criticised teenage Swedish environment activist Greta Thunberg for not tweeting anything on the rising pollution levels in Delhi.

“All offices in Delhi and NCR should ask all employees to do work from home till this situation improves. It will help reduction in pollution level to some extent. #DelhiAirEmergency,” tweeted one user.

With a thick smog engulfing the Delhi airport and areas surrounding it, as many as 32 flights were diverted to nearby cities on Sunday.

The pollution in Delhi, however, did not stop some users from creating some very relevant and yet funny memes.

Several other users pointed to the health risks of breathing toxic air.

“I’m saying this again, and I will, till things improve, we really need to tackle #pollution in Delhi-NCR, or we’re simply just raising a generation with unhealthy lungs and a lifetime of breathing issues,” wrote one user.

Hospitals in the National Capital Region (NCR) have witnessed a rise in cases linked to respiratory and eye problems following the spike in pollution levels over the past one week. Exposure to air pollution is also very harmful for heart patients and kids.

“Exposure to certain chemicals post Diwali can trigger a variety of heart-related problems ranging from increased blood pressure or irregular heartbeat to heart attacks or even sudden cardiac arrest, especially amongst the elderly population,” Sundeep Mishra, professor of cardiology at the All India Institute of Medical Sciences (AIIMS), said in a statement.  (Agency)