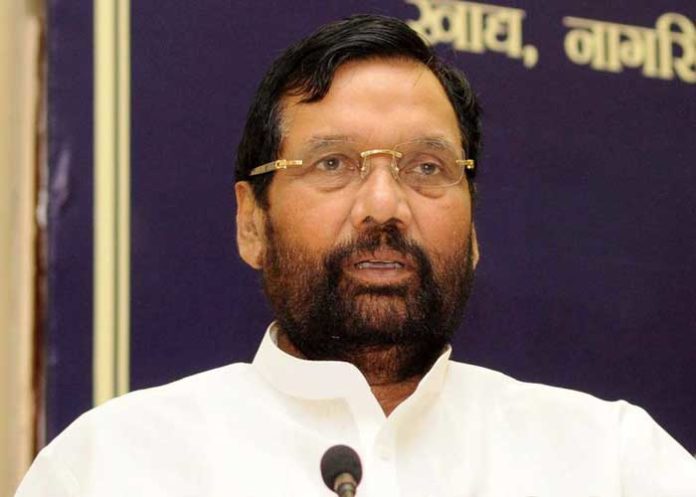 The water war in Delhi is raging and how. A day after Union Minister of Consumer Affairs, Food and Public Distribution Ram Vilas Paswan released details of the areas from where water samples were collected, he took to Twitter on Wednesday to inform that the Bureau of Indian Standards has delivered a copy of its report to the official residence of Delhi Chief Minister Arvind Kejriwal.

This latest move of Paswan comes in the wake of AAP leader Sanjay Singh claiming that they are yet to receive a copy of the report. Paswan, who is the leader of the BJP‘s ally LJP, said on Monday that the report on the drinking water quality, brought out by the Bureau of Indian Standards, was presented before the media on November 16.

He said that Delhi featured at the bottom of the list, with all 11 out of 11 samples failing on 19 parameters.

Meanwhile, after Delhi Chief Minister Arvind Kejriwal termed the report to be “false and politically motivated”, Paswan wrote to Kejriwal proposing a joint team of the state and centre which can re-evaluate the water quality of different parts of Delhi.

The Delhi unit of the BJP tweeted a copy of the letter on Wednesday saying, “Why is Arvind Kejriwal running away from (the) truth?”

This comes in the wake of AAP leader Sanjay Singh saying that the Jal Shakti Ministry had endorsed the quality of the piped water supplied in Delhi. Earlier speaking, he had said, “We are ready for getting the piped water tested by any independent agency. The fact that Consumer Affairs ministry report contradicts that of Jal Shakti ministry proves that the former’s report is doubtful.”

With elections in Delhi next year, water has become an electoral issue that the BJP wants to exploit and the AAP refuses to allow it to do so.  (Agency)