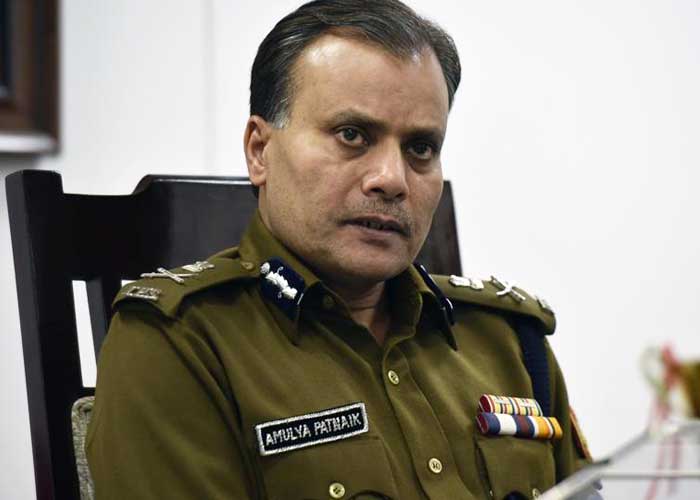 In a massive cleanup operation, Delhi Police Commissioner Amulya Patnaik has decided to crack the whip against 81 of his uniformed men by invoking compulsory retirement clause. The majority in the list — 78 police personnel are of inspector and junior rank.

Besides three assistant commissioners of police (ACPs), allegedly involved in corrupt practices and dereliction of duty are also included, sources in the Lieutenant Governor Office said on Thursday.

Besides, Patnaik has also identified eight more ACPs, who will face the action once the first round of sacking concludes.

Patnaik, who is to retire in January, 2020, will forcefully retire these Delhi Police personnel under Fundamental Rule (FR) 56(J) and they will be paid three months pay and allowances in lieu at one time. The Delhi Police comes under Ministry of Home Affairs.

Sources said: “All these least 81 officials, including ACPs, to be compulsorily retired in the public interest, due to corruption and other charges and CBI traps.”

In a meeting, earlier this month, headed by Lieutenant Governor Anil Baijal, the Delhi Police submitted the names of the police personnel who are to be removed. Baijal had accorded to remove the deadwoods from the force but he was more worried how to remove the alleged corrupt young Indian Police Services (IPS) officers, who are destroying the basic fabric of governance through their corrupt practices.

The process for compulsory retirement was going on for four months where it was found that 16,000 personnel, out of total around 80,000 police personnel, were above 55 years of age.

Out of around 16,000, the committee identified around 5,000 police personnel as deadwood, who are unfit to remain in the force.

After through screening, the committee identified 79 men of inspector rank and below and three ACsP and submitted the report to Baijal. The Lieutenant Governor has been advocating weeding out corrupt from the police, administration, corporations and Delhi Development Authority as part of efforts to ensure high integrity and standards.

Sources said that the Delhi Police will remove more deadwoods but in phased manner. “Each case of removal has been discussed and screened thoroughly,” said the source.

The IPS officers — Rajesh Malik and Sundari Nanda — who are heading the panel feigned ignorance and refused to comment on the matter.

During the meeting at Raj Niwas, Principal Home Secretary of Delhi Administration Satya Gopal gave a detailed presentation about how Union Finance Ministry removed around 100 corrupt and deadwoods of the rank of commissioner.

The Delhi Development Authority appraised Baijal that they had already sacked more than two dozen of corrupts in one go and are in the process of sacking another lot.

Other India’s federal agencies like Central Bureau of Investigation (CBI), National Investigation Agency (NIA) and Enforcement Directorate (ED) are also in process of identifying corrupt officials for sacking them on priority. (Agency)