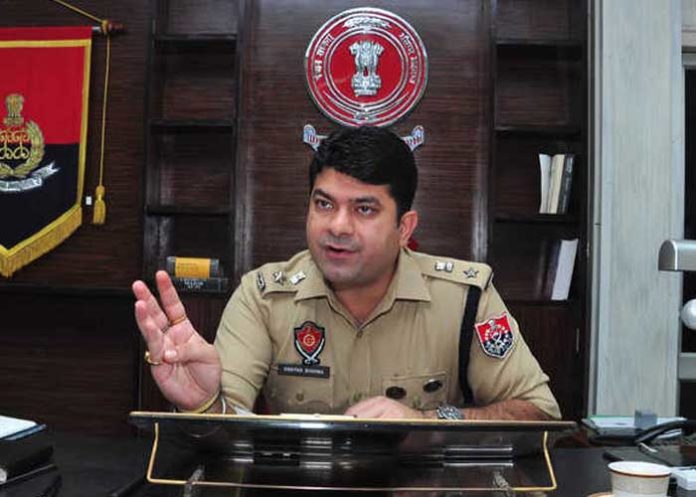 The Ropar Police on Friday nabbed one of Delhi’s and Uttar Pradesh’s most wanted gangsters, after a hot chase and exchange of fire. Jhunna Pandit is the 11th gangster nabbed by Ropar Police in the last one year.

Shri Prakash Mishra @ Jhunna Pandit, who carried a Rs 1 lakh reward on his head, was wanted in 10 cases of murder, including a triple murder in Mirzapur, U.P, with six cases under the U.P. Gangster Act. He operates a gang involved in over 20 cases of Murder, extortion and kidnaping in Delhi & U.P, according to SSP Ropar, Swapan Sharma.

The gangster had the patronage of many anti-social elements based in Delhi, U.P. and Rajasthan. The CIA teams of Ropar Police also seized from him 2 pistols of 32 bore and 8 live bullets, along with some personal items, after the encounter which led to his arrest early today morning.

Pandit had reportedly been on the run, ever since he and his gang members publicly killed one Dilip Patel in Banaras. Dilip’s brother Rajesh Patel is U.P. state president of Kisan Morcha. Jhunna.

Eight members of Jhunna Pandit’s gang are already in Jails of Delhi and U.P, and most of the crimes committed by the group are of supari-killings and inter-gang rivalry.

According to the SSP, Pandit is said to be an expert marksman who can handle any type of weapon, and can fire any weapon using both his hands. He had been hiding in safe houses in Delhi, Jaipur and Mount Abu since he fled U.P and was returning to Delhi from Chintpurni (H.P.).

A desperate criminal, Pandit committed his first crime at the age of 15 and first murder at the age of 16. He was kept in juvenile jail twice for a period of three years each. Initial investigations reveal that the dreaded criminal even got three murders, involving extortion and kidnapping, executed when he was in jail. Interestingly, he travelled on flight whenever he was on a run.

According to the SSP, recent investigations show that most of the gangsters and contraband smugglers use a common modus-operandi. They use local routes to travel and usually have hideouts near religious places, in order to remain anonymous.

Anti-social activity of such elements in areas around Punjab-Himachal border have come down drastically in recent months, with the police discovering their basic modus operandi.