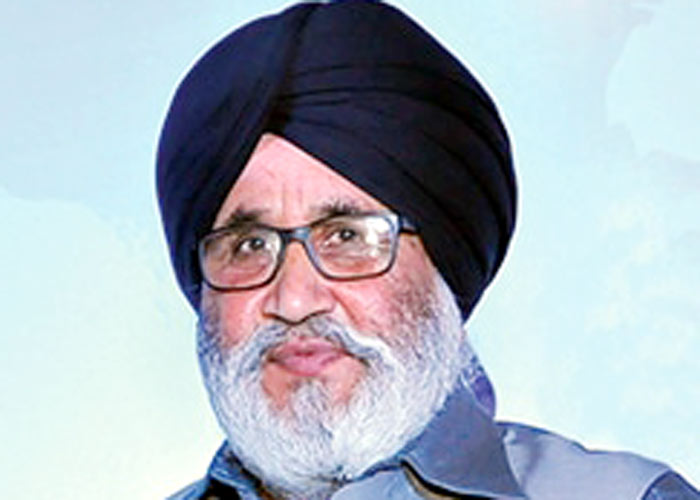 In a statement here, party Spokesman Dr Daljit Singh Cheema said Mr Bikram Majithia’s security cover had been withdrawn because the SAD had stood firmly with farmers against the central Agricultural laws as well as denial of official language status to Punjabi in Jammu and Kashmir.

He said the SAD had voted against the central Agri Bills in parliament besides quitting the union cabinet and the National Democratic Alliance (NDA). “It is clear that Mr Majithia is a victim of political vendetta. The SAD however will not be cowed down by such tactics and will continue to stand with farmers and Punjabis against the central laws as well as any other issue which weakens the federal structure or is intrinsically anti- Punjab.

The SAD has a 100 year old history of standing up to safeguard the rights of the farmers and the poor and downtrodden. It will never shirk away from this responsibility”.

Speaking about Mr Majithia’s security case, the SAD leader said Z + category security cover had been given to him in 2010 during UPA rule on the basis of threat perception. “The case was cleared by then home minister P Chidambaram who was known to be a hard task master on the basis of credible reports.

We would like to know what has changed suddenly that the ten year old cover was withdrawn on the basis of a single line order. Mr Majithia continues to be targeted by Pakistan based anti – national elements and gangsters who have openly threatened to eliminate him.

Even chief minister Capt Amarinder Singh has recently talked about increased attempts of Pakistan’s ISI to revive terrorist activity in Punjab, particularly the Majha belt which shares a border with Pakistan. Mr Majithia is from the Majha area. There have been seizures of drones and arms and ammunition.

The law and order situation in Punjab, particularly the open license given to gangsters to operate at will from jails, is also known to everyone”.

Stating that such kind of politics did not bode well for peace in the State, Dr Cheema said “we have already seen how a senior left leader and Shaurya Chakra awardee Balwinder Singh Sandhu was murdered in Tarn Taran recently after his security cover was withdrawn”.

Stating the union home ministry would be held responsible for any untoward incident following the withdrawal Mr Majithia’s security cover, the SAD leader said this kind of action which was clearly designed to brow beat opponents, was a new low in Indian politics.

He said while the security cover of Mr Majithia, who was a senior political leader who was being targeted by anti- national elements had been withdrawn, the central government had given Y + security cover to film actress Kangana Ranaut. “Security should not be given on whims and fancies to people who sing the tune of the government.

It is incumbent on the home ministry to explain on what grounds Mr Majithia’s security cover has been withdrawn suddenly after the SAD stood up to the centre in support of the farming community”. Dr Cheema said this issue had also assumed significance following security review meeting held by Prime minister Narendra Modi following reports that terrorists were planning a big attack on the anniversary of the 26/11 attacks.