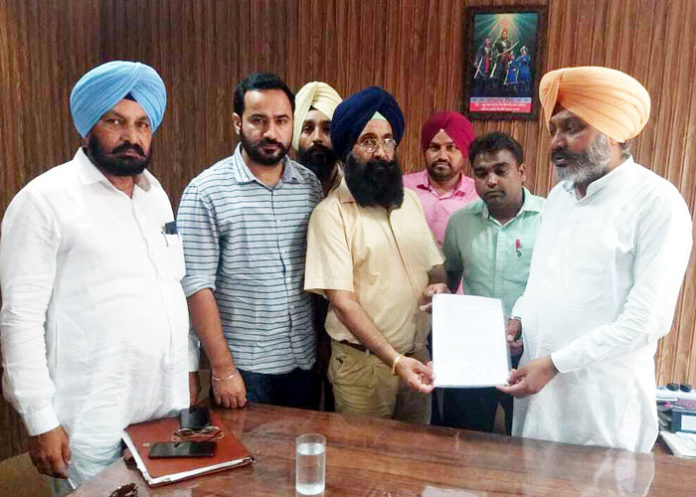 The Aam Aadmi Party (AAP) has slammed the Captain Amrinder Singh government for debarring Punjab Agro Food grains Corporation from the process of procuring crop produce from Punjab mandis (Grain markets), stating that the decision would hamper the procurement process in the state, thus adding to the peasant-arhtiya’s woes. It described the decision as ill-advised, stating that decision, which seems to have been taken in tearing hurry, was a step to disbanding the Corporation for good, rendering thousands of its employees jobless.

In a statement issued here on Thursday, senior leader of the party and Leader of Opposition in Punjab Vidhan Sabha, Harpal Singh Cheema demanded that Captain Amrinder Singh government should immediately review its decision and roll back the anti-Punjab and anti-people decision. He also sought withdrawal of the notification dated July 2 in this regard. He also assured a delegation of the Agro Corporation employees that the AAP would go the whole hog to art-twist the Captain government to review and revoke the decision.

Taking a swipe at the union government, Cheema said it was already reluctant on procuring farmers’ produce at the fixed minimum support price (MSP), stating that its leading purchase agency – the Food Corporation of India (FCI) had reduced its procurement share of food grain to a mere 2 per cent, which, AAP leader said, was quite worrying.

He added that the Captain government, too, was trying to follow suit, saying that the decision taken against the Corporation which procured as much as 10 per cent of produce every season, was a well thought-out plan to oust the premier agency from the process of procurement.

Cheema said that the ill-advised decision of the government was contrary to the ‘ghar ghar naukri’ poll promise it made to the people before the assembly elections in the state, saying that it would bring thousands of employees, including officers, regular and contractual employees on the road.

Cheema assured the visiting delegation of the Corporation, which included Hamir Singh, Anil Kumar (Manager), Sukhwinder Singh and others of taking up the issue with Chief Minister Captain Amarinder Singh, besides raising it in the Vidhan Sabha for immediate roll back on the decision.

Others who were present on the occasion included state core committee chief and MLA Principal Budhram and party spokesman and Barnala MLA Meet Hayer.