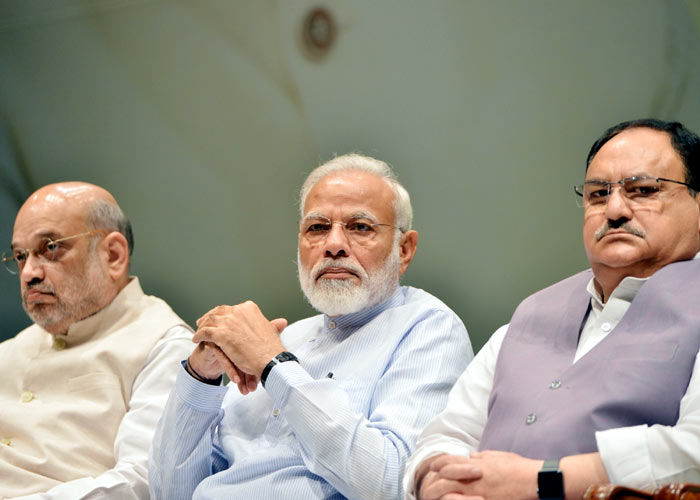 The top leaders had to take this decision because they could not arrange the majority to win floor test despite every effort. They thought that under going floor test in a situation when they know they can not prove the majority would be more embarrassment than asking Fadnavis to resign, the sources said.

The Prime Minister was participating in the special session of the Rajya Sabha and Lok Sabha on the occasion of the Constitution Day on November 26. In between, the Supreme Court delivered its verdict on the Maharashtra issue and ordered to conduct floor test by Wednesday evening.

After attending the special session, Shah and Nadda reached at Modi’s room to discuss the ongoing political scenario. The meeting continued for half-an-hour.

According to the sources, when the Prime Minister got to know that Ajit Pawar seems unable to convince the legislators for the floor test, then they decided to save party’s prestige through Fadnavis’ resignation before the floor test. The step could also do a damage control for the party.

Facing a floor test despite being low in number could be more harmful for the BJP. Moreover, soon after the meeting was over, Ajit Pawar also gave his resignation.

Source said that the party leadership had informed Fadnavis about the decision taken in the meeting thereafter he announced his resignation during a press conference at around 3.30 p.m.  (Agency)