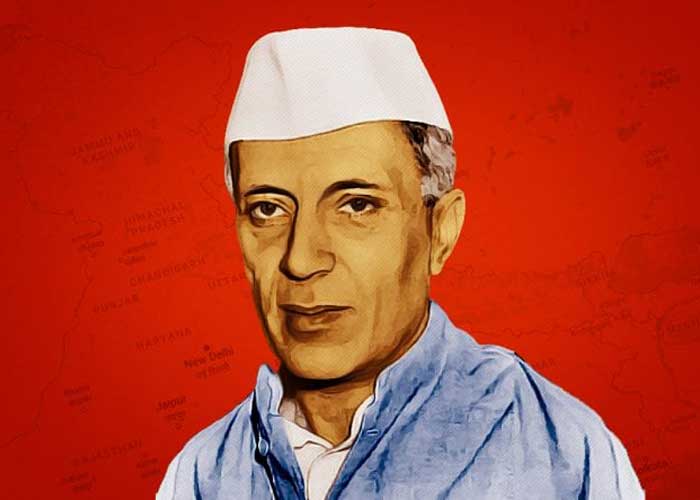 The relationship between Nehru and the BJP has been one in which the ruling party uses India’s first PM as a punching bag for almost everything which is wrong with India. Yet Nehru continues to resonate among Indians for his liberal, socialist and what has come to be known as Nehruvian approach to governance.

Nehru, as opposed to his daughter Indira Gandhi, whose reign was scarred by the Emergency, is known to go by the rule book, a firm believer as he was in accountability.

India’s first Prime Minister, one of the most powerful men in the subcontinent, was hauled up for his alleged abuse of parliamentary privilege: He was accused of disclosing details of the American fleet to the public, even before making a statement in Parliament. Rather than brazening it out, Nehru had apologised.

One thing for which he is known and, both loved and questioned, is his idea of socialism. Many believe it was well articulated in his historic ‘Tryst With Destiny’ speech: “A moment comes, which comes but rarely in history, when we step out from the old to the new, when an age ends, and when the soul of a nation long suppressed finds utterance… We have to build the noble mansion of free India where all her children may dwell.”

Decades later, his great grandson and former Congress President Rahul Gandhi described him as “a brave freedom fighter, the architect of modern India”.

However, his is the most questioned legacy, as far as the ruling Bharatiya Janata Party is concerned. From the time he went to the United Nations over the Kashmir issue to date, the time-span is used by the BJP against him and the Congress. Even non-political commentators find how his “idealism” forced him to go to the world body and internationalise the K-issue.

In ‘Kashmir: Land of Regrets’, a new book, Moosa Raza, an IAS officer who served as the Chief Secretary of Jammu & Kashmir, highlights how Nehru, moved by his overpowering idealism, had agreed to a joint communique to reiterate the commitment to plebiscite.

To date, particularly since India abrogated Article 370, the BJP has pinned the blame solely on him and the Congress, portraying him as a leader who had an apparently soft approach to sensitive issues.

Soon after India’s historic decision on August 5 last year, Union Home Minister Amit Shah in an event organised by the Samkalp Former Civil Servants Forum at Nehru Memorial Museum and Library (NMML)in New Delhi last September, said, “In 1948, India went to the United Nations. That was a Himalayan blunder. It is more than a Himalayan blunder.” He was referring to Nehru’s action.

In the same event, Shah alleged, “The 630 princely states were merged with the Union of India completely but Jammu and Kashmir remained an issue since 1947.” Nehru himself was overseeing Jammu and Kashmir.

However, senior Congressman and Nehruvian leader Jairam Ramesh disagrees. In a veiled dig at Prime Minister Modi who had once “bragged about his 56 inch ki chhati”, Ramesh said, “The self-styled 56-inch-chest-man and his drum beaters have been systematically distorting, defaming and destroying Nehru and his legacy, something that Mr Vajpayee never did.”

Ramesh said that Nehru instead stood for an “open, pluralistic, liberal democracy” and “building a secular state in a multi-religious society”. He alleged everything Nehry stood for is under attack now, including the proverbial idea of India. “We can rescue the idea of India only by reaffirming the ideas of Nehru”, he said.  (Agency)