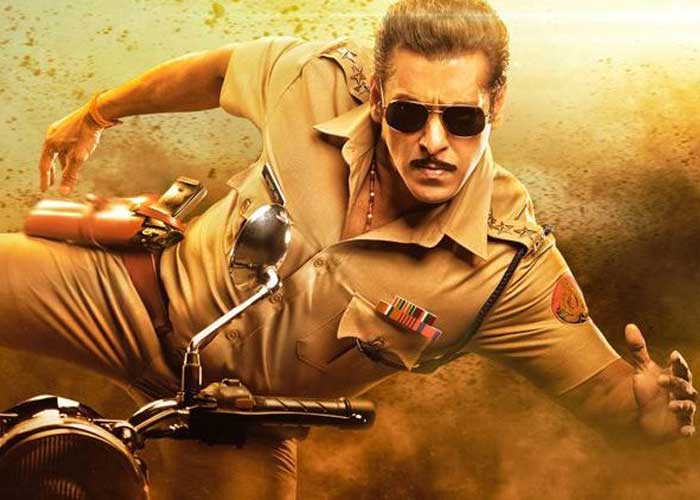 Actor Salman Khan was in a mood to take potshots at critics at the trailer launch of his upcoming film “Dabangg 3”.

“I have worked on script of this film so, I want all the critics to criticise it. This film is for the critics (laughs). If we get bashing for this film then it will be not only in Mumbai but Chennai and Bangalore and the entire country. But if people will appreciate the film then, it will also resonate in the entire country,” said Salman, while interacting with the media at the launch of the trailer in Mumbai on Wednesday evening.

Co-star Sonakshi Sinha, who was also present at the event, chimed in agreement: “Films which gets bashing from critics becomes super duper hit at box office.”

At the trailer launch event, many of the film’s cast and crew were present, including debutant Saiee Manjrekar, who is actor filmmaker Mahesh Manjrekar’s daughter. The film’s director Prabhudheva, and producers Arbaaz Khan, Bhushan Kumar and Nikhil Dwivedi.

Salman’s jibe at the critics was in reference to the fact that his films have traditionally been blockbusters at the box-office but have been panned by critics for their lack of cohesive script and logic.

In recent times, however, Salman films such as “Bharat”, “Tubelight” and “Race 3” have performed far below expectations at the box-office despite also being heavily panned by critics. Salman will hope to turn the tide in his favour once again with “Dabangg 3”.

Apart from Hindi, “Dabangg 3” is being released in Telugu, Tamil and Kannada languages. Asked why he took so much of time to go pan-India with the release of his films, he said: “We earlier released ‘Prem Ratan Dhan Paayo’ and quite a few films but from there (South), we used to collect Rs 1 or 2 crore.

But this film comes under the genre of heroism and larger-than-life story, which the South is crazy about. We have accepted their films like ‘Baahubali’, ‘KGF: Chapter 1’ and ‘Sye Raa Narasimha Reddy’. They have been huge hits here. I think they are open to releasing their films here and I hope that our films will also do well over there.”

The third installment of the “Dabangg” series follows the 2012 release “Dabangg 2”.

“I am really excited for this film and I am eagerly waiting for its release on 20th December. We have worked hard for this film as compared to “Tiger Zinda Hai” and my previous other films. We have worked 10 times harder in terms of story, production, direction, action, songs and the whole creative journey, so there has been a lot of work that has gone while making this film,” he said.

He expects the new “Dabangg” film to be bigger than the first two films of the series: “The third one should be the biggest of the lot. Usually, sequels don’t do well as compared to the first one so, we have worked really hard on this film. It doesn’t have only action and entertainment but it also has a story. When you (audience) will see the film, you will get to know there is a lot more than just masala in this film.”