The leadership crisis in the Congress could end in the coming days with the Congress Working Committee (CWC) likely to meet next week to decide on an interim President, party sources said on Friday.

A senior party source told that a date will be decided in the coming days on when the CWC, the party’s top decision making body, was likely to meet.

The Congress is facing its worst leadership crisis in recent times after Rahul Gandhi quit as President following the party’s debacle in the general elections.

Amid the lingering leadership vacuum, many old guards of the Congress have urged UPA Chairperson Sonia Gandhi to take charge of the post temporarily. But she has reportedly turned down the requests citing her poor health.

Names of several senior leaders for the post of working President are doing the rounds. These include Mukul Wasnik, Mallikarjun Kharge, Jyotiraditya Scindia and Sushil Kumar Shinde.

Scindia has, however, said he was not in the race for the top post.

The party source said that Wasnik appeared to fit the bill as he was only 59 years old and a Dalit at that.  (Agency) 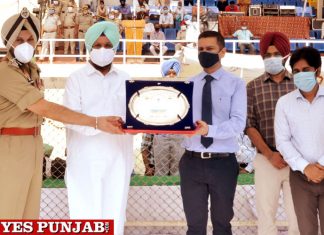 On I-Day Randhawa calls for fight against 3 Agri Ordinances to...