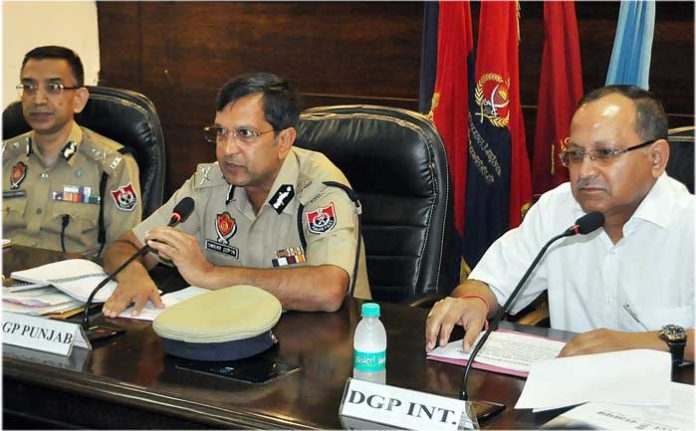 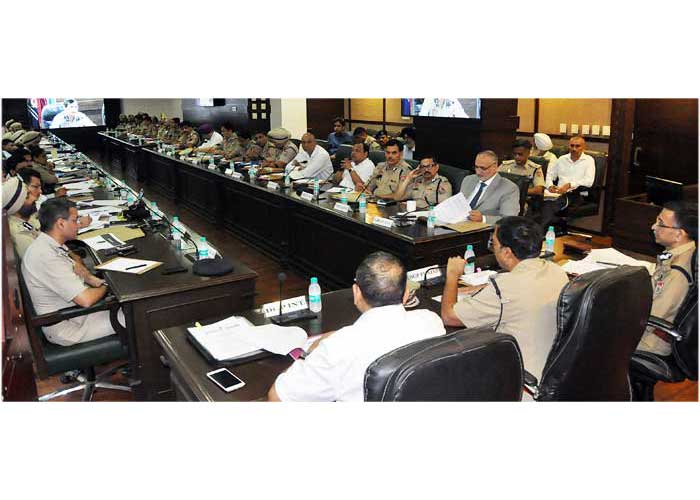 While outlining the priorities for the Punjab Police, Dinkar Gupta, DGP Punjab told the senior leadership of the Punjab Police, and the field Police officers, such as CPs & SSPs, that the prevention of terrorist crime and the continued drive against drugs were the main priorities of the State police. ADGP STF and STF officers were also present at the meeting.

DGP Punjab directed the field officers that they should work towards eradication of the drug menace in Punjab in perfect coordination and synergy with the STF as one team. He detailed a Drug Strategy & Action Plan to be followed by the District Police officers.

He advised the officers to focus on arrests of NDPS smugglers/ suppliers/POs and drug recoveries and ensure thorough investigations and follow-up in courts to be ensured especially to (a) trace all backward/forward linkages crucial for reaching the source of drugs/big fish (b) prevent grant of default bails etc.

For improving the quality of investigations in NDPS cases, DGP Punjab asked Director Punjab Bureau of Investigation (DBoI) to organise one day Workshops for all the Sub-divisional DSPs and SHOs within the next 2 months.

He also asked DBoI to also organise training courses, in association with the NIA and CBI, for Investigation Officers in proper recording of digital evidence.

DGP has also directed the CPs & SSPs to carry out operations against drug peddlers at specific identified hotspots in both urban and rural areas. “All District Police Chiefs must constitute Flying Squads to conduct effective raids so as to nab the notorious criminals and drug suppliers”, said Dinkar Gupta.

He also advised IG/DIG Ranges to carry out Monthly Review of ‘Drive Against Drugs’ on last Friday of every month. He said that STF officers should be associated with these reviews.

During the meeting, Harpreet Singh Sidhu, ADGP STF exhorted all the senior field officers to take strong action against the drug smugglers/suppliers by holding the SHOs accountable for control of drug supply in their jurisdiction and breaking the supply chain.

He asked them to focus on street level peddling and also suggested deployment of ‘Zail’ (group of villages) level police officials in each ‘Zail’ who should be in touch with DAPOs working in the area for investigations/enquiries at village level.

The progress of the ongoing Manpower Audit and ‘Back to the Police Stations campaign’ in different districts of the State was also reviewed at the meeting.

He also reviewed the crime situation in the State and asked the field officers to trace blind murders and prevent vehicle snatchings and street crime in the State.