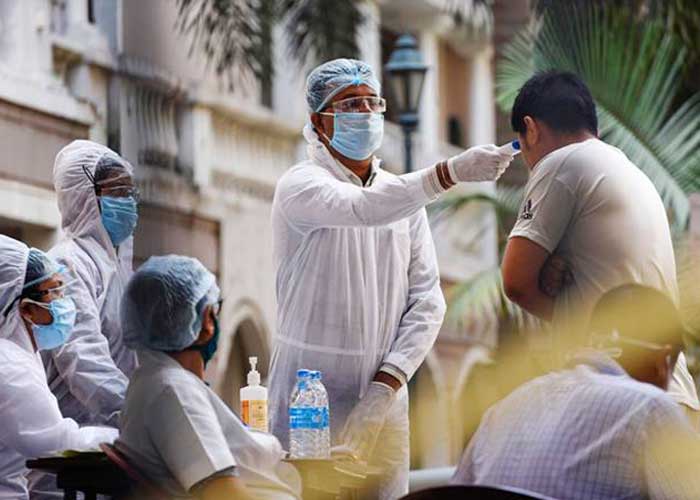 According to the Delhi Health Department, among the total 720 cases, 430 cases are from the Nizamuddin Markaz, with four new cases in the last 24 hours. “Among the 51 new cases, 35 had travel or contact history,” the health bulletin said.

It says 249 positive cases have foreign travel history and their contacts.

The positive cases in Delhi have increased dramatically since people were evacuated last week from the Markaz Tablighi Jamaat building where over 2,300 people from different parts of the world and country were staying under one roof without following social distancing.

Among the total patients, 25 have been discharged and cured while one has migrated.

“Total 682 patients are in the hospitals. While 39 are in the ICU, 11 are on ventilators and 23 are on oxygen,” the Health report said.

About 18,000 people are home-quarantined across the city and 2,664 are quarantined at government facilities. The positive cases in the city are increasing at a rapid rate since last week.

The total cases on Sunday was 503. The total coronavirus cases in the national capital were 525 on Monday, and reached 579 on Tuesday. It jumped to 669 cases on Wednesday.  (Agency)