Home Guest Articles Coronavirus: Getting ahead in this rapidly evolving race – by Ravikumar Chockalingam 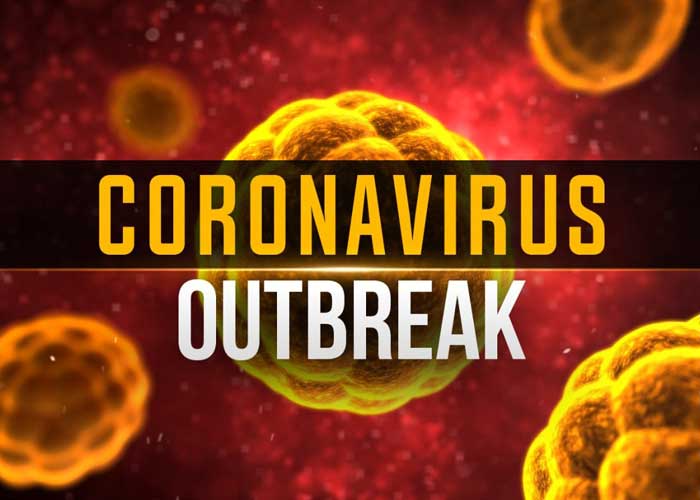 The world recently commemorated the 100th year anniversary of the Spanish flu of 1918 that took the lives of 50 million people. It took two excavations and eight decades for Johan Hutlin to unearth lung tissue from the Brevig Mission burial site of a girl (he called her ‘Lucy), who died of complication from flu.

The well-preserved samples from her lung tissue, frozen in time, provided the genetic material to sequence the virus in 2005. While we had three more influenza epidemics, since then, none had the virulence and mortality of 1918 Spanish flu.

Even the H7N9 with high case fatality had lesser virulence to spread as fast compared to the Spanish flu. While biological factors played a role in this differential, the antecedent factor that put everyone at risk was the migration and clustering of people in World War I.

About 102 years later, we are scrambling to contain a virus that has encapsulated the world with fear, compounded by mounting evidence regarding the devastating impact on people, especially elders. In these unprecedented times, the impact of which will reverberate through time and space, our world, as we know, is changing faster than ever.

A new world order is being created, not stratified by socio-economics or social class, but by the health systems’ ability to protect people on one end, and just as importantly, the people’s sense of social responsibility on the other.

While numerous iterations of the success story of South Korea have been the focus of studies, what stands out is their ability to implement mass testing, efficiently and swiftly. Their concerted implementation of mechanisms that gave better control of people by the state have certainly saved several hundred lives. Italy, in stark comparison has been a story of much devastation, despite, arguably having one of the best health systems in the world.

The dwindling new cases and relatively small case fatality in South Korea stands as a testament to their public health measures and transparent messaging between health systems, media agencies and responsive citizens.

While their experience with MERS seems to have been helpful, the Korean Centre for Disease Control showed the world a blue print to contain the virus despite high degree of population density.

With 92.9 people per square mile compared to 1,300 per square mile in South Korea, the US has a unique geographic spatial advantage to contain the virus that should not be squandered. South Korea, as of March 20 had tested 286,000 cases with 8,652 confirmed cases while the US had 18,000 confirmed cases out of 50,000 tested. Generalised testing in South Korea, as opposed to criterion-based testing in the US, helped identify many in the pre-symptomatic period.

As of March 20th, 16 states in the US have less than 50 cases of COVID-19. West Virginia, with less than 5 cases, stands as an outlier compared to New York with over 5,000 cases. California and Washington states are quickly catching up with New York as well.

In this setting, a federal government initiative or policy will unevenly impact states, who are on different trajectories of viral transmission. A total of 46 out of 50 states have less than 500 documented positive cases of COVID-19, and this offers a unique opportunity for those states to implement what South Korea managed to do very early in the pandemic.

In other words, these states should function with increased autonomy, as their own individual entities for the good of the public health to curtail the transmission of the virus, and protect its citizens. This is well within the legal obligation of the tenth Amendment doctrine and is not without precedence in the US.

This will also help in protecting essential trade and supply of goods across states to prevent any loss of essential supplies. These states can focus on primary and secondary care interventions with a focus on preventive and containment measures.

The focus in New York, Washington, California and New Jersey, needs to be directed towards secondary and tertiary care with mobilisation of infrastructure, safeguarding health and safety of personnel and prevention of mortality.

This will, in turn put lesser load on the health system. In turn, supplies such as the PPE (Personal Protective Equipment), ventilators and respirators can be transferred between states that might need them the most while practicing containment measures to the rest. Coupled with this, universal testing needs to be initiated to understand the heterogeneity of exposure, which serves as a fundamental tenant of epidemiology to isolate the exposed from the non-exposed.

If there is one thing that this virus has managed to accomplish is the breakdown of boundaries, both geographic and the ones conceived in our minds. Its movement across space is a reminder of our vulnerability and our insignificance at the hands of something we cannot even see.

Our knowledge of the virus combined with first-hand information that is emerging from around the world should reinforce the need to think globally and act locally. The importance of shared obligation does not only rest with the individual but also with health systems, political partisanship, hospital networks and governing bodies as well.

The role of state ownership and leadership by Governors is pivotal to getting ahead of this rapidly deteriorating scenario. Reflecting on the pioneer work of John Snow whose action during the cholera epidemic in London saved 100’s of lives, it is time to ‘remove the handle’.  (Agency)