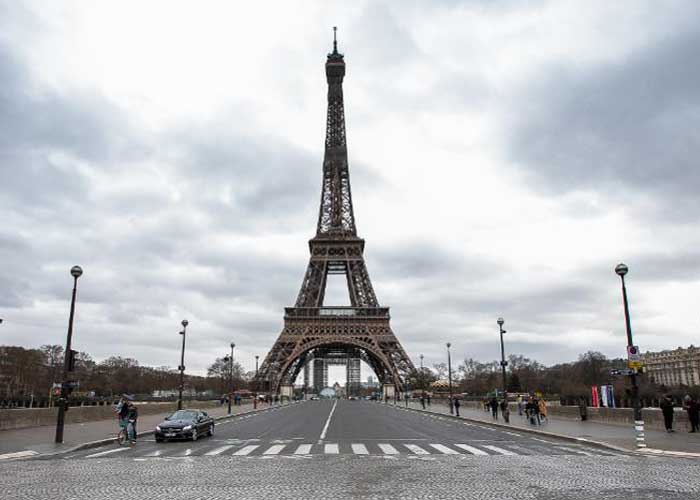 French Director General of Health Jerome Salomon has announced that 1,100 people diagnosed with the COVID-19 have died, an increase of 240 in one day, as the country entered the second week of a nationwide lockdown.

An additional 2,444 positive cases were detected, bringing the tally to 22,300. A total of 10,176 people are now hospitalized, including 2,516 in intensive care, while 3,281 patients have recovered, Salomon said on Tuesday at a daily briefing, Xinhua reported.

More than a third of the patients who need life support are aged below 60, and 85 percent of those who lost their lives are older than 70 years.

Facing “rapid worsening epidemic,” France would conduct 10,000 tests by the weekend, up from 9,000 currently, according to Salomon.

He added that a special high-speed train TGV would transport on Wednesday 20 patients in critical condition from eastern city of Strasbourg to hospitals in Angers, Nimes, Nantes and La-Roche-sur-Yon in western France to help relief strained hospitals in Grand east region, the country’s worst-affected area.

“We are facing an unprecedented, serious and rapid virus circulation. Stay at home to avoid more deaths, more critical cases,” Salomon said, adding that the effects of movement restriction could be assessed within days.

ALSO READ:
Self isolate if you were in New York recently: Trump task force

France was in its second week of a national lockdown. Only trips for purposes of work, health needs or shopping of necessities are allowed.

Early Tuesday, the scientific council, which advises the government on the epidemic crisis, recommended to prolong containment at least for six weeks, noting that three weeks were needed to obtain an initial estimate of the impact.

Speaking after the council meeting at the Elysee Palace, Heath Minister Olivier Vera said: “it is an estimate among others,” while calling for “great caution.”

“We will know when we can lift containment only when the epidemic curve allows it. It will last as long as it is necessary,” he added.

Starting on Tuesday, France’s lockdown rules and measures have become stricter. People are allowed to go out for a walk with their children or to exercise once per day for no more than one hour, and within one km of their home.  (Agency)