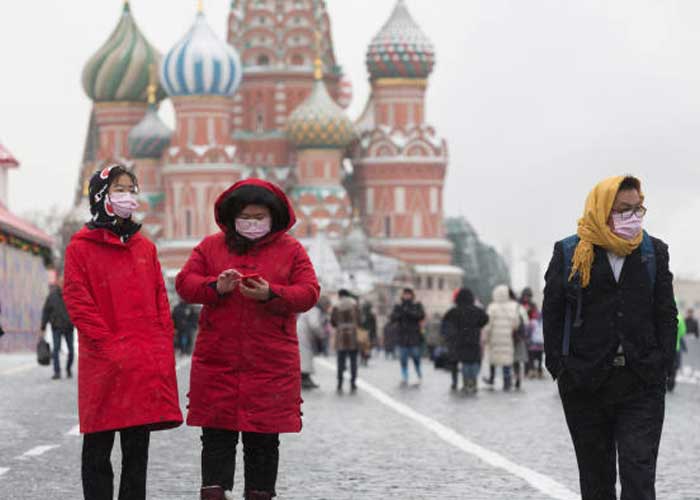 The total number of coronavirus cases in Russia on Wednesday crossed the 300,000-mark with 8,764 fresh cases being reported in the last 24 hours, according to the authorities.

The total number of cases in the country now stands at 308,705, the emergency task force said.

Over the same period, 135 people died, raising the death toll to 2,972, while 9,262 people recovered, bringing the total number of recoveries to 85,392, Anadolu Agency reported.

The country continues mass testing for COVID-19 in an attempt to detect the disease in the early stages, when it is less contagious .

As many as 7.1 million tests have been carried out so far, finding 273,000 people with the suspected virus.

Despite strict measures, which include lockdown of the capital Moscow, ban on entry of foreigners and stateless people, and suspension of international air and railway traffic, Russia is the second-worst coronavirus-hit country in terms of the number of cases.

Three top Russian officials, including Kremlin Spokesman Dmitry Peskov, are being treated in hospital for the coronavirus, while three more were earlier discharged after recovery.

The pandemic has claimed more than 323,400 lives in 188 countries and regions since originating in China last December. The US and Europe are currently the world’s worst-hit regions.

More than 4.9 million cases have been reported worldwide and nearly 1.7 million people have recovered till date, according to Johns Hopkins University.  (Agency)