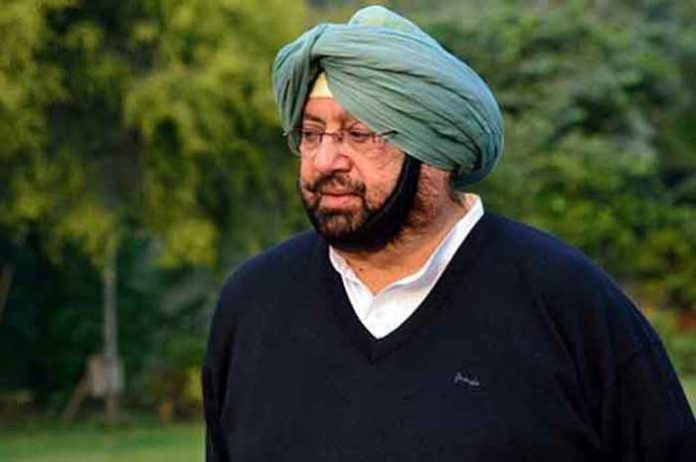 Warning of a worsening COVID-19 crisis in the country, Punjab Chief Minister Captain Amainder Singh on Thursday urged the Government of India to allow private hospitals and labs to conduct tests in order to ensure access to all the people, even as the state reported its first case of Corona death.

Calling for a national level fight against the pandemic on a war footing, Captain Amarinder said he will take up the issue of testing by private hospitals/labs with the Prime Minister on Friday during the latter’s proposed Video Conference with all the Chief Ministers.

With the number of Coronavirus cases increasing, the Centre has to consider reviewing its policy, stressed the Chief Minister, making it clear that he did not agree with the current policy of the Government of India in this regard.

Given the fact that Punjab had private labs in all the major cities, it was not logical for a Corona suspect to have to travel to Chandigarh or some other place to get himself tested from a government facility only, said Captain Amarinder, adding that only in case of doubt should such a person be required to go elsewhere for a second test. The Chief Minister was speaking at a summit conclave to mark the third anniversary of his government.

While he was not a pessimist, the way things were going around the world, it was obvious that India had to be prepared for the worst, said Captain Amarinder. The nature of disease was such, he pointed out, adding that Coronavirus had just entered India and the problem was likely to escalate, in line with the graph followed by other countries. “We have to be prepared in every way,” he asserted.

The Chief Minister also suggested that the Centre should allow the food stocks currently stored in Punjab godowns to be distributed to the poor whose earnings were impacted due to the Coronavirus outbreak instead of letting them rot in the storage areas.

Since the stocks belonged to the Government of India, it was in their purview to take a decision in this regard, he said, adding that the 20 million tonnes of food grains that Food Corporation of India (FCI) had yet to lift from the godowns could be put to better use by feeding the people not just in Punjab but wherever needed. Such a move would be a life saver for the people of India in the current crisis, he added.

The suggestion came even as Punjab reported the death of a 70-year-old man who had arrived from Germany via Italy at Delhi airport on March 7, and proceeded to the state the same day. He was a known case of diabetes and hypertension, and was confirmed as COVID positive on Wednesday.

Underlining the need for strong measures to check further spread of the COVID-19 disease, the Chief Minister said his government had already initiated a series of steps to fight the problem.

The state’s financial crunch would not be allowed to impact the efforts of his government, said Captain Amarinder, adding that all necessary funds would be made available to ensure adequate testing, isolation and treatment facilities.

On the issue of congregations at gurdwaras and other religious places, the Chief Minister said he had already requested the religious heads to limit the gatherings to under 50 and to appeal to the devotees from their podiums not to gather in large numbers.

He was hopeful that the religious heads would support the move, said Captain Amarinder, adding that the government was not harassing people but was trying to save lives.

With respect to the problem of pollution, which is found to aggravate the Corona disease, the Chief Minister said his government was doing its best to manage stubble burning but the Centre had to step in with support.

He had already taken up with the central government the demand for Rs 100 per quintal more for famers to manage the paddy straw but had not received a positive response so far, he added.

Captain Amarinder urged the central government to help out by first lifting the surplus stocks and then giving the additional Rs. 100 per quintal for stubble management to resolve the problem, especially with respect to small farmers who could not afford to handle it otherwise.

The small farmers were already reeling under debts, which his government was helping out through debt waiver, and the growing shortage of water, he added, asserting that Punjab simply could not afford to give its precious water resource to other states.

At the time of Haryana’s formation, Punjab got 60% share of all resources except water, he pointed out, adding that this had left the farmers here in a pathetic situation.