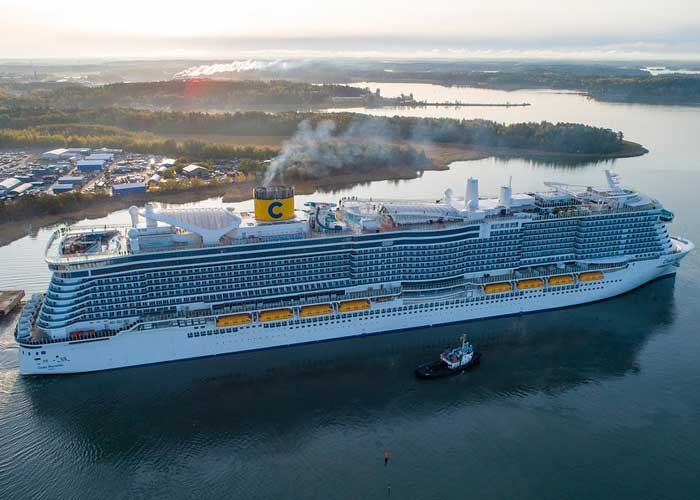 More than 6,000 passengers were trapped on an Italian cruise ship after a woman fell ill with a suspected case of the deadly novel coronavirus, it was reported on Friday.

The Costa Smeralda vessel is currently being held near Civitavecchia, 35 miles of Rome, after a Chinese woman, 54, began displaying symptoms of the virus which has killed 213 people and infected 9,692 in China as of Friday morning, the Metro newspaper said in a report.

Initial tests for the coronavirus have come back negative, but officials said that they must wait longer for more accurate results.

The woman and her husband – who is not believed to have symptoms – were immediately placed in solitary confinement and have been tested for the coronavirus, Metro quoted the Italian daily Corriere della Sera as saying.

The individual, who has not been identified, was said to have contacted medics on board on Wednesday night, saying she had a temperature and was suffering respiratory problems.

Some sources have claimed there are as many as 7,000 people stuck on the ship.

A passenger told Italian news agency ANSA: “The couple’s cabin has been isolated and they are in with the doctors.

“We’re a bit worried of course. No-one is getting on or off the ship apart from the doctors. This holiday risks ending in a nightmare.”

The Costa Smeralda, which took its first journey last December, is currently on the last day of a cruise that began at Civitavecchia on January 23. It has made stops at La Spezia, Savona, Marseilles, Barcelona, and Mallorca, the Metro daily said in its report.

The ship was reportedly in the process of docking back at Civitavecchia when it was stopped.