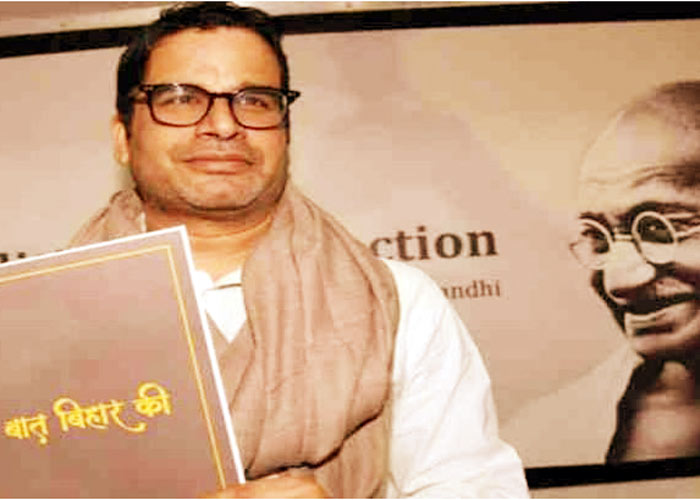 Complainant Shashwat Gautam had accused the expelled Janata Dal-United leader and his staffer Osama of content theft for Kishor’s ‘Baat Bihar Ki’ campaign and lodged a fraud case with the Patliputra police station.

The case was scheduled for hearing in Patna Civil court on Saturday, but since the police failed to produce the case diary and counsel for the complainant didn’t submit the application opposing Kishor’s anticipatory bail plea to Kishor’s lawyer, the court posted the case for hearing after Holi.

Prashant Kishor’s media in-charge Shivaji Dubey said, “The police have now given the case diary to the court, and the next hearing in the case will be on March 12.”

As per the complaint, Gautam created a project called ‘Bihar Ki Baat’ the details of which were handed over to Kishor by Osama who earlier worked with Gautam, but had resigned.  (Agency)