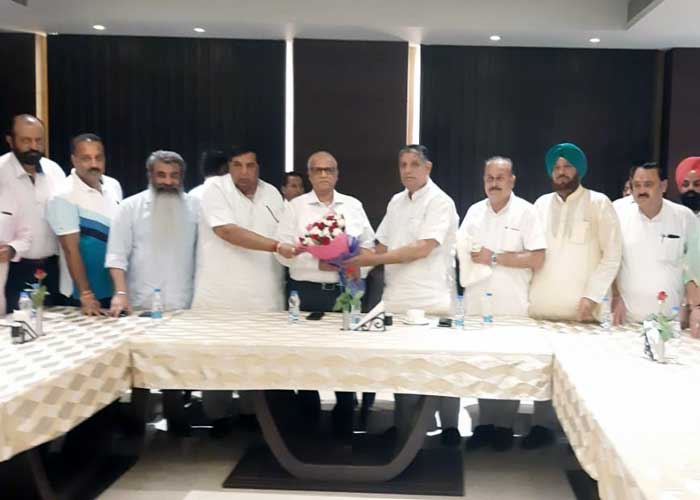 Mr Digambar Kamat, former CM and presently leader of opposition, Goa. Today urged all the congressmen to ensure that the welfare schemes of Capt Amarinder Singh led Punjab government are taken to grassroots level so that maximum number of people can be benefitted from them.

He said this during a function organised by District Congress Committee (Urban) Ludhiana to honour him at a hotel, here today. The function was organised by DCC (Urban) president Mr Ashwani Sharma.

During the function, Mr Kamat interacted with the senior leaders of Congress party. He said that the Congress party has always worked for the welfare of masses and it was only during the tenure of UPA government as well as other Congress led governments at the centre that the country has progressed at a fast pace.

Cabinet Minister Mr Bharat Bhushan Ashu urged all Congress workers to work hard so that the party wins all 4 upcoming assembly by-elections in the state.