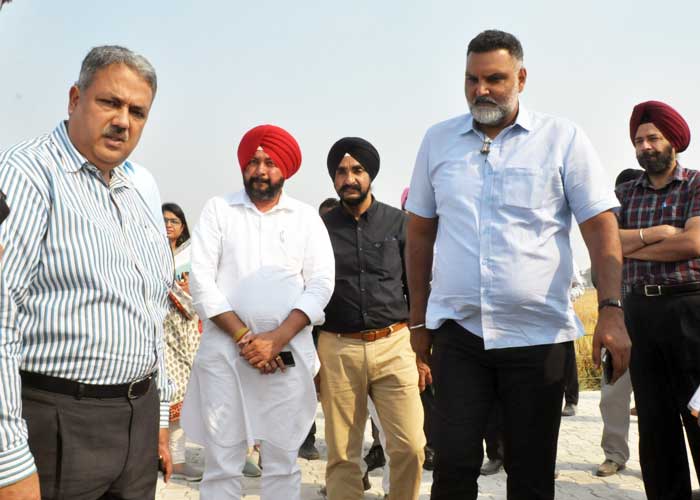 They reviewed the ongoing work in key projects including Two foot bridges on holy bein , two high level bridges , bus stand , PWD rest house, two pantoon bridges and others which were being constructed in the city to facilitate the pilgrims.

They also asked the all departments to use alternative route to supply raw material for various works during 550th functions so as to avoid any sort of inconvenience to the devotees. The route has been constructed by the Punjab police on the back side of Gurdwara Shri Ber sahib , which further connects to the Makhu/Zira highway .

They also asked the officials of fire control and local bodies to hire the services of National fire college , Nagpur to conduct audit for fire control measures at all three tent cities , nine parkings , 37 langars and Main pandal .

Meanwhile, the Deputy commissioner assured the Principal secretaries that the district administration has made elaborate arrangements for commemorating the 550th parkash purab of Sri Guru Nanak Dev ji in an unsurpassed manner adding that all the arrangements would be put in place in coming two days .