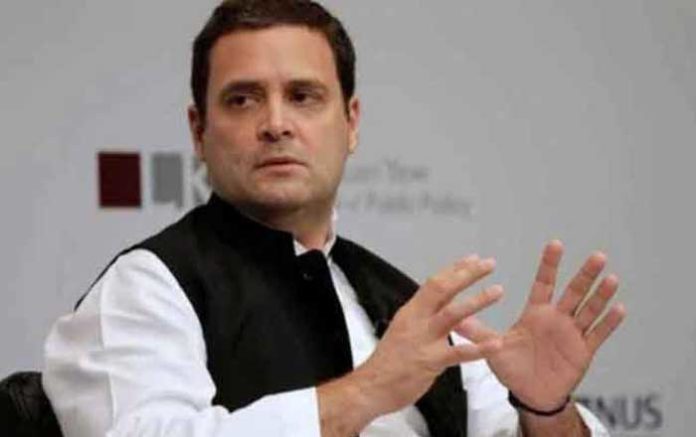 Hours after Rahul Gandhi stepped down from the Congress President post, former Union Minister and senior party leader Shashi Tharoor said that all in the Congress must rededicate themselves to the values and principles of the party and country’s Constitution.

“The Indian nation must unite to reclaim and resuscitate our institutions. The instrument of this resuscitation will be the Congress party. All of us in Congress must rededicate ourselves to the values and principles of our party and our nation’s Constitution. The time for renewal is now,” Tharoor, who is a Congress MP for Kerala’s Thiruvananthapuram, said in a tweet.

Speaking to reporters in Jaipur, Pilot said, “Our party and members are constantly working towards the betterment and I completely believe that Rahul Gandhi needs to come back, because he has worked extremely hard, he has won and lost several times.

“Further work needs to be done, should be under his guidance and not just in Rajasthan, but the entire country wants him to take back his resignation and work towards the betterment of the country and its citizens,” Pilot said.

Punjab Chief Minister Amarinder Singh said that Rahul Gandhi should have continued to lead the party with the “same dynamism and fighting spirit” with which he had steered the election campaign.

“It is a difficult time for the party, but together, we will get through it, to come out stronger and bigger, with Rahul Gandhi’s vision continuing to guide us,” he said.

Former Union Minister and Congress leader Ajay Maken said the Congress was proud of having Rahul Gandhi as its leader. “We are proud to have Rahul Gandhi ji as our leader. Congress President or not, he would always be the voice of millions of congress workers and those who believe in its ideology. Rahulji has taken the right decision and we support him,” Maken tweeted.

The Congress leader’s remarks came soon after in an open letter made public on his Twitter account that he was stepping down as the party chief. Rahul Gandhi also changed the bio information of his twitter handle as it no longer described him as the Congress President.  (Agency)