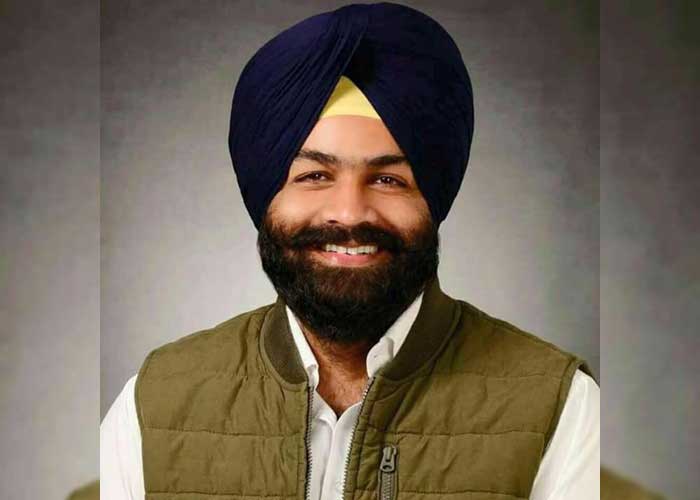 Youth Akali Dal (YAD) President Parambans Singh Romana today told Punjabi NRIs that the development initiated by former deputy chief minister Sukhbir Singh Badal had come to a standstill and that the Congress government, which had failed on all fronts, was again relying on malicious propaganda to counter the pro- people policies of the erstwhile SAD- BJP government.

Addressing a well attended congregation of NRIs organised by the YAD Central Canada chapter at Calgary through video conferencing facility, Mr Parambans Romana said the Congress party had played with the emotions of Punjabis in the 2017 assembly elections and was trying to do the same even now.

“Can you imagine that a party which attacked Sri Harmandir Sahib, destroyed Sri Akal Takth and conducted planned genocide of Sikhs in Delhi in 1984 is talking about sacrilege of Sri Guru Granth Sahib ji ?” He said the Congress government did not have any intention of giving justice in the sacrilege cases and was only playing politics on this sensitive issue to inflame passions.

He reminded the people that party President Sukhbir Singh Badal had already done ‘ardas’ that nothing should remain of those who had indulged in the sacrilege as well as of those who were behind it. He also disclosed how recently the role of a Congress minister and a legislator had figured in the death of the prime witness in the Behbal Kalan police firing case.

Speaking about the development done during the SAD- BJP tenure, Mr Romana said besides making Punjab surplus and bringing in road projects worth Rs 46,000 crore and creating new airports and world class institutions, the erstwhile government had also taken a number of pioneering decisions concerning the welfare of NRIs.

“These include creation of NRI police stations, NRI Vacation of Property Act and working to end the Black List”. He said even now the SAD was working constantly for the welfare of NRIs. He disclosed how the party had been instrumental in the repatriation of Punjabi youth from Malaysia and helping youth for creation of necessary papers to avail of the amnesty scheme in Italy.

The YAD President told NRIs that they were an integral part of Punjab as they were emotionally linked to the State. He said the YAD had initiated a dialogue with them to understand their concerns and address the same. “We understand that other parties have used you as financiers only. We would like to take your expertise to take up public welfare programmes and initiatives”.

The event was attended by a large number of NRIs from Punjab who recounted how they had been misused by several parties besides telling how all development work and social welfare schemes had come to a halt in Punjab under the Congress government.