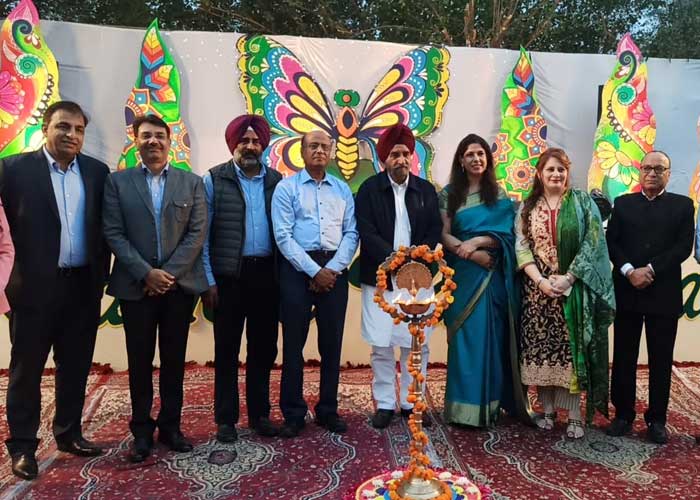 The Rural Development and Panchayats, Animal Husbandry, Fisheries and Dairy Development and Higher Education Minister Mr Tript Rajinder Singh Bajwa on Thursday said that the state government was firmly committed for restoring pristine glory of education sector in the state.

Presiding over the annual function in Cambridge International School, the Minister said that the Punjab Chief Minister Captain Amarinder Singh was laying special thrust on two core sectors of health and education adding that strenuous efforts were being made to ensure that Punjab emerges as front runner state in the country in these two sectors.

Mr. Bajwa said that no stone would be left unturned for accomplishing this noble mission.

He also called upon the students to work hard to achieve their goals of the life and contribute to the development of the country.

He also asked the students to follow the footsteps of the freedom fighters, martyrs who laid their lives while serving the country as they are future of our nation.

He said that India is country with the highest population of youths in the world and they have a huge responsibility on their shoulders to make India a superpower on the earth.

The minister told that the youth play a key role in the progress of any country and they should channelize their energy in a positive direction.

The Cabinet Minister also announced Rs Five Lakh from his discretionary funds to the schools.