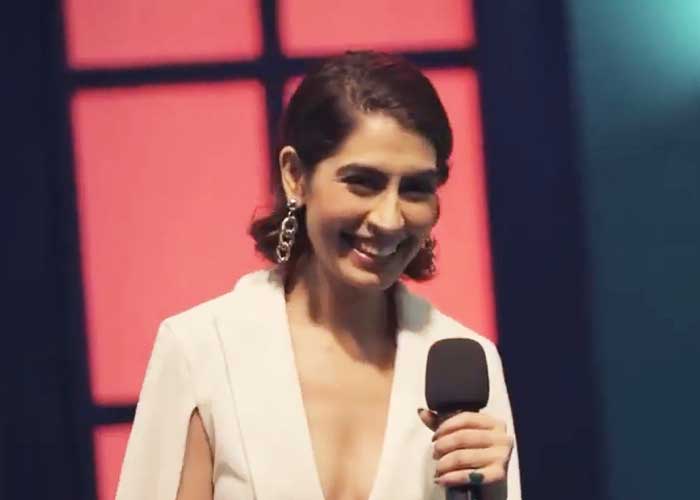 The International Society for Krishna Consciousness (ISKCON) filed a police complaint against comedian Surleen Kaur and Shemaroo Entertainment for certain derogatory comments, following which the production company has issued an unconditional apology to the ISKCON community and taken the offensive video down.

Shemaroo has also disassociated itself with Surleen Kaur, whose comments about the ISKCON community and Hinduism invited trouble.

“This is with regards to the video that has been brought to our notice featuring comedian Ms. Surleen Kaur. The video was found derogatory and the same has been taken down with immediate effect. Shemaroo is committed to ensure our content is neutral and unbiased towards any religion, caste, creed or culture. We apologize to all brothers and sisters of the Iskcon community whose sentiments we might have unintentionally hurt. We extend our assurance that such matters will be dealt meticulously and with extreme sensitivity,” said Shemaroo Entertainment in a statement they tweeted on social media.

On Friday morning Shemaroo tweeted again, announcing disassociation with comedian Surleen Kaur. “Further to our unconditional apology to ISKCON community for the comments made by Ms. Surleen Kaur, we have decided to disassociate ourselves from any further involvement with Ms Surleen Kaur and Mr Balraj Syal as they failed to meet our standards of public decency,” the company delcared.

Earlier, ISKCON vice president and spokesperson Radharamn Das wrote a letter to the Commissioner of Mumbai Police requesting him to register an FIR against the comedian and Shemaroo Entertainment Ltd over defamatory language towards ISKCON community and Hinduism.

Das tweeted a copy of his letter tagging the Commissioner of Mumbai Police Param Bir Singh. It reads: “Dear Sir @CPMumbaiPolice Pls find our complaint agains Surleen Kaur and @ShemarooEnt for using inappropriate words for ISKCON, for our Rishis, Hindus. This is very unfortunate that there has been narrative building against the followers of Sanatan Dharma on different platforms.”

In his letter, Das wrote: “This is highly objectionable and defamatory and it has caused great pain to the followers of Sanatan Dharma, Hindus and ISKCON worldwide devotees.”

“There is a growing trend in India, where Hinduism/Sanatan Dharma and our Rishi-Munis, Deities etc are being constantly abused by a group of people and organizations. They are misusing the tolerant nature of the followers of Sanatan Dharma and their abuses and language and volume of abuse has only grown louder day by day.”

“There is a hidden propaganda and conspiracy to defame Sanatan Dharma, our Rishi Munis so that the youths can be easily manipulated. Through app’s like Tik-Tok etc the focus of the foreign power’s is to destroy the character of the masses so that country can be easily controlled and destroyed,” wrote Das.  (Agency)