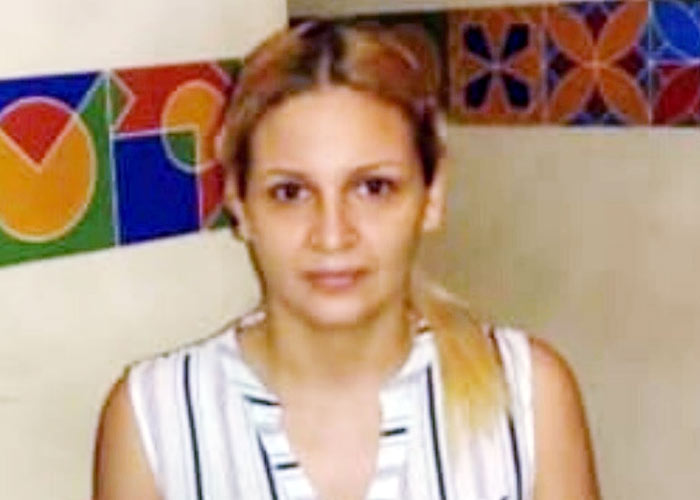 In a shocking development, Mumbai Police have taken serious cognizance of a Colombian woman’s complaint of alleged ‘sexual harassment’ against a policeman and initiated a discreet investigation into the matter.

Two top IPS officers confirmed to IANS on Wednesday that an inquiry has been initiated as “the matter is very sensitive” and involves a foreign national, before deciding on further steps or action against the concerned police officer.

The Colombian woman tourist, Jennifer Guarin Montoya (30), who came to India on February 22, was stranded in Mumbai after the nationwide lockdown was clamped from March 24 midnight.

After she got stuck in an Air-BnB hotel room in Bandra east, she exhausted all her finances by March 31.

After an SOS to the Colombian Embassy in New Delhi for help, on April 1, a Mumbai policeman was assigned to assist her and he shifted her to the Garden Creek Residency, a modest lodge in Andheri east.

Montoya said she became suspicious when the policeman offered her a beer or whiskey, and invitations to go out on dates, lunch or dinner — all at the height of the lockdown.

“When I kept refusing his overtures, he started sending me flirtatious or offensive messages on WhatsApp, many of which he deleted after I read them. A couple of times, he came drunk to my room and tried to force himself on me as I screamed for help and pushed him out,” Montoya said.

The policeman kept claiming that since he was paying for the hotel and food expenses, he was also entitled to have his way with her, she contended, while narrating her ordeal which continued for nearly 18 days.

As she kept rebuffing him, the policeman reportedly asked the hotel staff not to provide her food, water, toiletries, etc.

At her wits’ end, she even made a video of her predicament and sent it to her friend in Colombia which went viral.

It was on April 18 that a team from BrihanMumbai Municipal Corporation (BMC) came and offered her some food and a medico checked her health and clicked pictures with her.

“The next day, the policeman kept pestering me all day with calls and at 8 p.m. on April 19, I was suddenly ordered to leave the hotel, but I refused to vacate at night as I was alone,” Montoya added.

At one point, after she lodged a complaint with a senior official at the Colombian Embassy in New Delhi, the Mumbai police official retaliated by ordering the lodge to provide her with only one meal daily.

Through some contacts, Montoya finally came in touch with social activist and Harmony Foundation Chairman Abraham Mathai who arranged for her stay at the Samraj Hotel in the nearby Chakala where she said she felt safe and secure.

“I understand the Mumbai Police are very good and helpful and doing a lot during this crisis, but I thought I need to bring to your notice the behaviour of such black sheeps,” Montoya said in her complaint to the Mumbai Police Commissioner.

“It’s a sad matterï¿½ The entire Maharashtra Police are admired for their excellent work during the Covid-19 pandemic, but the misbehaviour of one official could sully their good reputation. We welcome the probe in the matter and the concerned official must be given exemplary punishment,” Mathai told IANS.

Assuring all help, Deputy Commissioner of Police Manjunath Shinge said: “We are looking into (her) allegations on priority for necessary action. Mumbai Police are committed to take care of every citizen in this crisis situation.” (Agency)