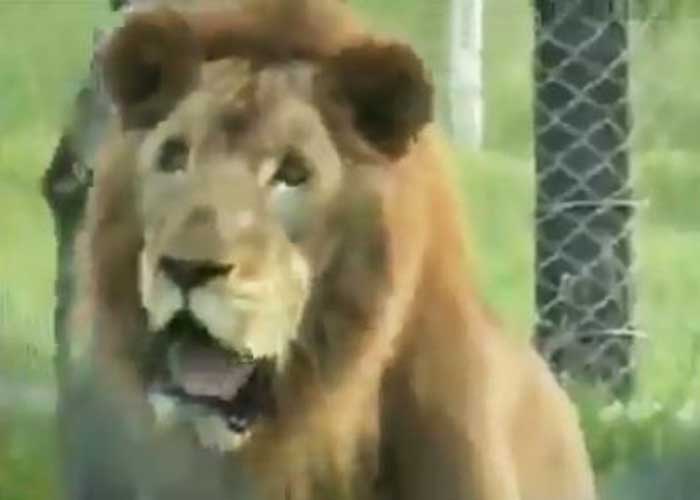 There is nothing worse than a life led in captivity. None can feel it more than the born-free who is always suppose to live free.

A video on social media showing the expression of a lion when he touched green grass and the soil for the first time in 13 years has left netizens teary-eyed.

The 27-second video was shared by IFS officer Susanta Nanda on Twitter with the caption: “The feeling of the lion on touching the soil for the 1st time in 13 years after being rescued from a circus.”

In the video, one can see the lion rubbing his paws against the soil before finally realising that he is free as he rolls on the grass to enjoy freedom.

ALSO READ:
This jumbo has a way with water sprinkler – With Video

The video of the circus lion rescued after spending most of his life in a cage has gone viral.

Netizens left no chance to react and flooded the social media. A user wrote: “Humans are an example why evolution is the worst thing.” Another wrote, “Just look at the joy.”

A post read, “Heart wrenching. Circuses and zoos.””So heartbreaking….. How selfish humans are??? They deprive these marvellous animals from being in their homes….” asked one user.  (Agency)