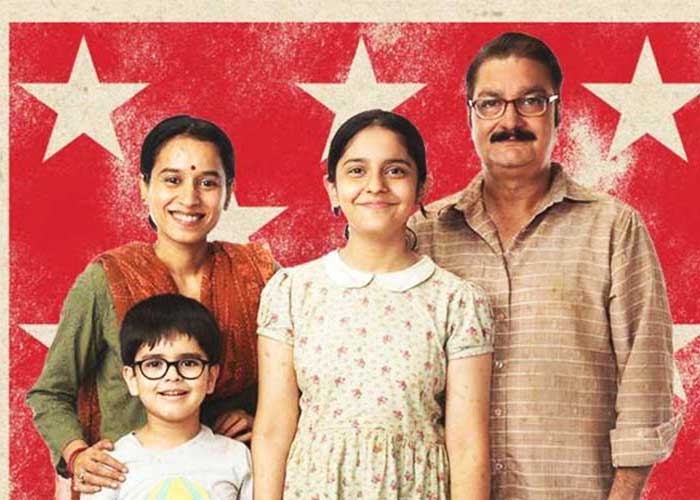 Chintu is six and it is his birthday. There are balloons and festoons all around in the house. Daddy has promised cake, though ‘daadi’ would love it if he had kheer. His best friends will be there, too. Chintu understands today is his day. He is the special one.

What he doesn’t understand is all that’s going on in the lane outside, and in the city. There are explosions. The bakery is shut because the baker was shot, and a few children, he gets to know, have apparently barged in and are feasting on cakes. His parents are tense because his elder sister has not yet returned from school, though school was declared shut a while ago.

Chintu’s world is simple — one of cakes and buddies and school. The world outside, and whatever is going on, is infinitely more complex, he gathers. For, Chintu and his folks are expatriates from Bihar in Iraq of 2004. His father is a salesman of water purifiers in Baghdad at a time Saddam Hussain has been captured and is awaiting trial. The ‘Amreeka waale uncle’ he sees on TV (refers to President George W. Bush) won’t call his soldiers back.

“Chintu Ka Birthday” introduces its premise with the above backgrounder in the opening portions, before a sudden spin in the tale gets the story racing. In just 83 minutes, debutant writer-directors Devanshu Kumar and Satyanshu Singh narrate a story that is at once an account of harrowing wartime through an innocent’s eyes, and a taut suspense drama that justifies every second written into its runtime.

Kumar and Singh have set up their film entirely within a single apartment. It involves barely 10 characters. Camera and sound effects are impressively functional, devoid of technical gloss. The storytelling never wavers from a linear track.

For those reason, “Chintu Ka Birthday” is a writers’ effort. Its triumph lies in the way it’s the narrative is structured, the twists are introduced and, importantly, the characters are imagined.

This is the story of a family of lower-middle class Bihari emigrants stranded in war-torn Baghdad with a certain technicality having made their chances of returning to India rather bleak. Chintu’s birthday becomes a bona fide reason for the family to forget their woes and be happy — at least for a day. Except, as the film reminds, the happiness in one’s home cannot be in exclusion of the state of his world outside.

The screenplay is incredible in the way it balances nuanced relationship subtexts with the larger socio-political context in such a short runtime. For Chintu’s father Madan (Vinay Pathak), arranging a cake for his little boy is as much a matter of life and death as proving his innocence in the unwarranted jam he will subsequently land in. The mother (Tillotama Shome) has her own worries — trying to put up a semblance of normalcy for her kids as things become tense. Each character is well etched-out, each role flawlessly enacted.

While the grown-up cast couldn’t have done better, little Vedant Raj Chibber as Chintu is worth an applause for the way he uses silent gaze to convey a gamut of emotions. The junior cast is particularly impressive. Mehroos Ahmed Mir as Chintu’s spunky Iraqi pal Waheed and Bisha Chaturvedi as his elder sister Lakshmi are a delight to watch.

Imperfections? You could feel a bit let down by the film’s obvious insistence to find a feel-good ending that might seem a tad unrealistic given the reality of war surrounding the plot. Or you could just gloss over that glitch considering this film is, after all, about reasserting the little hopes of life.  (Agency)