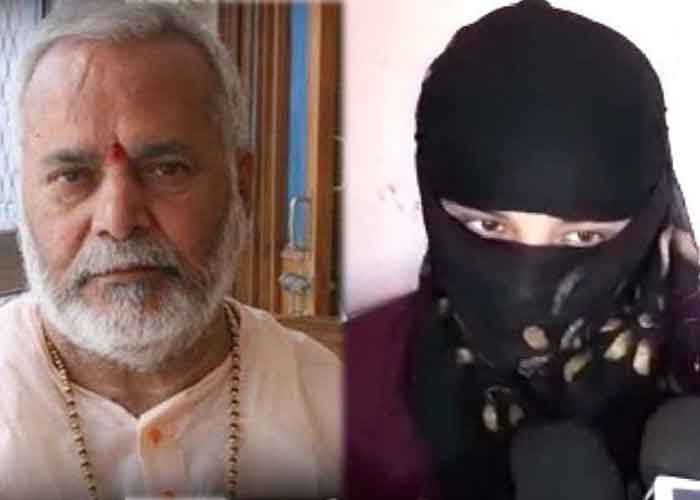 The Special Investigation Team (SIT) said on Wednesday that it had arrested the 23-year old Shahjahanpur rape survivor in the day only after “enough” digital and forensic evidence was found and corroborative statements were recorded.

According to SIT chief, Inspector General of Police Naveen Arora, they had sufficient evidence that Rs 5 crore in extortion money had been demanded from Chinmayanand. Those arrested have admitted that they had sent messages on WhatsApp to Chinmayanand on the directions of the law student.

Arora said that there was some evidences which had been sent to the Forensic Science Laboratory for authentication, including a pen drive and mobile phone.

He said that the FSL report had arrived late on September 24 following which the law student was interrogated in depth till late night.

He said that the video and audio tapes were shown to her which clearly established that Rs 5 crore had been demanded.

It was only on the basis of the digital and forensic evidence collected that the law student was arrested this morning, he stated.

However, the law student’s counsel Anoop Trivedi has moved a bail application which is likely to be taken up.

The law student was picked up by the SIT from her home amidst massive deployment of police force on charges of blackmailing rape accused Chinmayanand for Rs 5 crore.

The SIT took her to Chowk Kotwali from where she was sent to the district hospital for a medical checkup.

After that she was presented before the court of Additional Chief Judicial Magistrate, Vineet Kumar, who sent her to judicial custody for 14 days.

Her anticipatory bail application admitted in the court of Additional District Judge and Sessions Judge (I) Sudhir Kumar on Tuesday will come up for hearing on Thursday.

The court had also directed the SIT to file its reply with documents related to the case.

The SIT has already arrested three persons known to her in this case of blackmailing. The arrested persons are Sanjay, Vikram and Sachin.

The SIT had taken two accused – Sachin and Vikram – on remand for taking them to Rajasthan to the site for recovery of a mobile phone allegedly used in making the extortion demand.

Meanwhile, in a statement, the Association for Advocacy and Legal Initiatives (AALI), an NGO working with women, condemned the arrest of the rape survivor and the special treatment meted out to the rape accused Chinmayanand.

“Even after Chinmayanand has confessed to rape, he is being kept as a VIP patient in a super specialty hospital in Lucknow where tests have proved that there is nothing seriously wrong with him. The present investigation of the SIT appears to be suspicious as it is protecting Chinmayanand and has put the complainant behind bars, the AALI said.

The AALI statement points out that in a 2014 judgment in the Arnesh Kumar vs Government of Bihar case, it had been stated that in cases where the punishment was less than 7 years, it was not necessary to arrest the accused.

“In this case, even if the charges of blackmail are proved the maximum punishment for the accused would be two years therefore it was completely unnecessary to arrest her,” the NGO said.  (Agency)