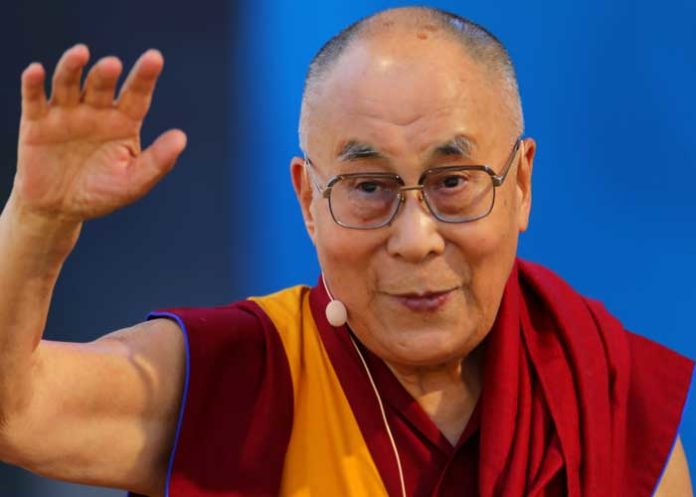 With age catching up with the Dalai Lama, a question mark looms over the successor of the internationally-revered 84-year-old Buddhist monk who fled to India from Tibet 60 years ago to escape a deadly Chinese crackdown.

The spiritual leader of the Tibetans, who has made Dharamsala in Himachal Pradesh his abode, has been enjoying patronage of the Indian government through the decades, much to the discomfort of China, which calls him a “secessionist”.

In its latest comments on the matter, China has said the successor of the 14th Dalai Lama would have to be decided within China and warned that if India interferes, it would impact bilateral ties.

While the Indian government is silent on the subject, former diplomats say China actually wants to appropriate the established system by which a Dalai Lama chooses his successor and that it intends to take control of the Buddhist affairs.

According to the experts, choosing the Dalai Lama’s successor would be an ideal way for China to keep the simmering agitation in Tibet under control.

If China does choose a successor to the 14th Dalai Lama, the agitation for independence in Tibet, which at times takes the form of self-immolation by Buddhist monks but is not very visible due to tight Chinese control, would burst into large scale trouble, they say.

“The Dalai Lama does not think the Chinese have a role to play in the process of reincarnation of the Dalai Lama. And how exactly it will take place and how a person will be identified, and his position, he has not indicated,” he added.

“The Government of India hasn’t taken any position on this, as far as I am aware,” the former diplomat said.

Kantha, who was Indian envoy to Beijing till 2016 and is currently Director of the Institute of Chinese Studies, said the Dalai Lama has kept open the question of how his reincarnation should take place.

Since it is a religious matter, the government would normally not take a position on it, the China expert said.

India’s often stated position on the Dalai Lama has been that “he is a revered religious leader and is deeply respected by the people of India… His Holiness is accorded all freedom to carry out his religious activities in India.”

Pavan K. Varma, former Indian envoy to Bhutan, said there is an established system by which the Dalai Lama nominates a successor.

“The Dalai Lama is the Dalai Lama and China’s attempt is to appropriate the process and delegitimise the current Dalai Lama. I don’t think it will be acceptable to the people of Tibetan origin or in Tibet,” he said.

Varma, now national spokesperson of Janata Dal (Secular), said in case China chooses its own successor to the Tibetan spiritual leader, “there will be protests, because the Dalai Lama is revered across the world.”

He said if China nominates or “imposes” a successor to the Dalai Lama, it would not have any legitimacy.

“Though he is in exile, the fact is that he is the symbol of great affection and reverence for all Tibetans,” he pointed out.

Former Indian diplomat P. Stobdan, who is the founding President of the Ladakh International Centre in Leh, said the next Dalai Lama has to be “found” and cannot be chosen and that the process can only take place after the current spiritual leader is no more.

Stobdan told that the institution of the Dalai Lama was “established by the Mongols and the Chinese”.

“In 1644 it was instituted by the Mongol king and the Manchu king, who were Chinese. They have a procedure, and under that procedure the Dalai Lama is found or selected,” he said.

“The Dalai Lama has no choice. There is a system which selects him. It does not pass down from father to son… The Dalai Lama is born from nowhere,” he added.

To emphasise his point, Stobdan said when the current Dalai Lama was born as Tenzin Gyatso, “he did not decide (to be the Dalai Lama), he was just found — from nowhere”.

Similarly, “he cannot decide who will be the next Dalai Lama… It is not his personal right. There is a system.”

He said in case the Dalai Lama chooses his successor and the Government of India recognises him, it would lead to a diplomatic problem with China.

“The Government of India cannot say anything. We are a democratic country, we cannot interfere,” he added.

Stobdan feels that if the Dalai Lama decides to choose his successor, “it will amount to declaring a war against China”.

China has always been unhappy with India giving shelter to the ‘Tibetan government in-exile’ in Dharamsala, and has warned New Delhi time and again to respect Beijing’s ‘one-China’ policy on Tibet.

China had also protested the Tibetan spiritual leader’s birthday celebrations on July 6 in Tawang in Arunachal Pradesh, which Beijing claims to be a part of its own territory.

Chinese had also protested when some Tibetans hoisted their flag in Demchok sector close to the Line of Actual Control, to celebrate the birthday of the Dalai Lama who turned 84.

Last month, a Tibetan parliamentary delegation visited the Capitol Hill in the US to brief the American Congressmen on the ‘deteriorating’ situation in Tibet.

They highlighted the “severe crackdown on religious freedom, heavy restriction of movement, deprivation of opportunities for learning the Tibetan language” in Tibet.  (Agwency)