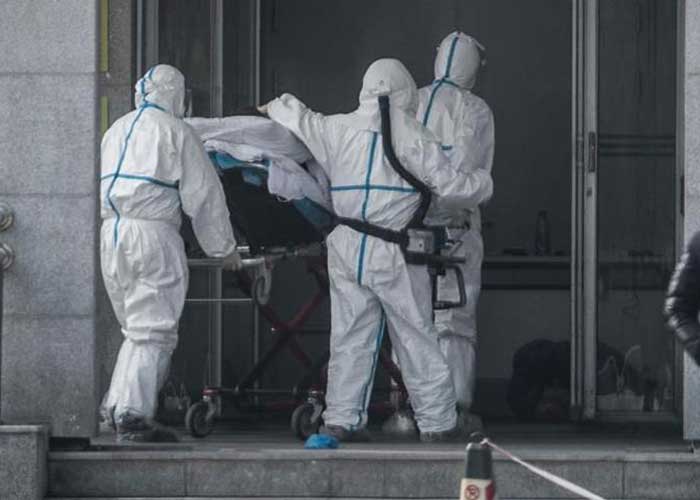 China has declared that the peak of the coronavirus epidemic has passed, a day after the World Health Organisation (WHO) declared it a pandemic.

While cases of coronavirus have been declining in China in the last few days, they have shot up in the rest of world and the covid infection now covers more than 100 countries.

Chinese officials said on Thursday that the country has passed the peak of the coronavirus outbreak that has put millions under lockdown.

A spokesperson for the country’s National Health Commission and the Deputy Director of the Department of Publicity held a press conference Thursday to say that the peak of the epidemic has now passed and that the number of new cases is declining, Xinhua news agency reported.

Global Times reported that the National Health Commission (NHC) announced on Thursday that the peak of the COVID-19 epidemic in China has passed, with many improving signals including the fact that the number of new cases in Wuhan, Central China’s Hubei Province, declined to a single digit for the first time.

The tally of daily new confirmed cases in epidemic-stricken Wuhan declined to eight on Wednesday while in the other places in Hubei Province, no new cases had been reported in the past week as of the same day, Mi Feng, spokesperson for the NHC said at a press conference on Thursday in Beijing.

Meanwhile, seven new cases were reported outside Hubei among which six were imported cases, Mi said, noting that these facts indicated that the peak of the COVID-19 epidemic in China has passed.

She said there are two vital criteria to judge whether the epidemic really ends: first, no new cases for a continuous 28 days; second, all infected cases have been hospitalized, according to the Global Times.

The outbreak has spread across the globe with more than 126,000 infections and more than 4,600 deaths, according to Johns Hopkins University. More than 68,000 people have recovered so far.

The World Health Organization on Wednesday declared the outbreak a pandemica — the first since the H1N1 swine flu in 2009.   (Agency)

ALSO READ:
Disinfect your smartphone every 90 mins to prevent COVID-19