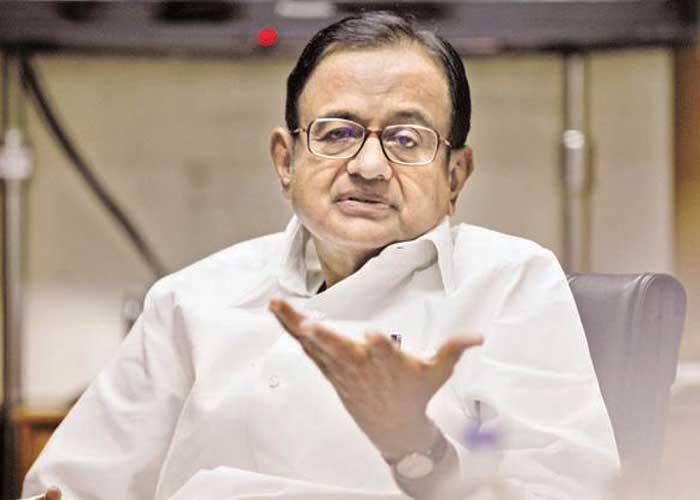 Former Finance Minister and senior Congress leader P. Chidambaram, who celebrated his 74th birthday in Tihar jail, on Monday mocked at the Modi government’s plan to achieve $5 trillion economy mark by 2024 saying no country has achieved the GDP growth of 8 per cent without exports growing at 20 per cent a year.

Chidambaram, also said that the greetings from friends, party colleagues and well wishers remind him that he is 74-years young.

Chidambaram, who has been lodged in Asia’s high security Tihar jail in connection with the INX media case, in a series of tweets said, “I have asked my family to tweet on my behalf the following: My family have brought me greetings from friends, party colleagues and well-wishers. I am reminded that I am 74-years-old. Indeed I am, but at heart I feel 74-years young. Thank you all, my spirits have been lifted higher.”

Slamming the government over its target of achieving $5 trillion economy by 2024, the former Finance Minister said, “My thoughts today are about the economy. Just one statistic tells the story. Export growth in August was — 6.05 per cent. No country has achieved GDP growth of 8 per cent without exports growing at 20 per cent a year.”

“May God bless this country,” he tweeted. His remarks came after India’s exports during August fell nearly 6.1 per cent to $ 26.13 billion, while GDP growth during April-June period fell to 5 per cent from 5.8 per cent in the preceding quarter.

On September 5, while being taken to Tihar jail, responding to questions over his judicial custody, Chidambaram said, “5 per cent” taking a dig at the country’s GDP rate.

Chidambaram has been lodged in Tihar Jail since September 5 after a Delhi court sent him to 14-day judicial custody in the INX media case.

Congress General Secretary K. C. Venugopal also greeted the senior party leader on his birthday saying he was sure that the vendetta politics of the government cannot defeat him.

“Being challenged in life is inevitable, being defeated is optional. I am sure that the vendetta politics can’t defeat you. Happy Birthday to P Chidambaram,” he tweeted.

The Congress has described the arrest of its party leaders like Chidambaram, former Karnataka Minister D.K. Shivakumar as political vendetta by the Narendra Modi government.  (Agency)