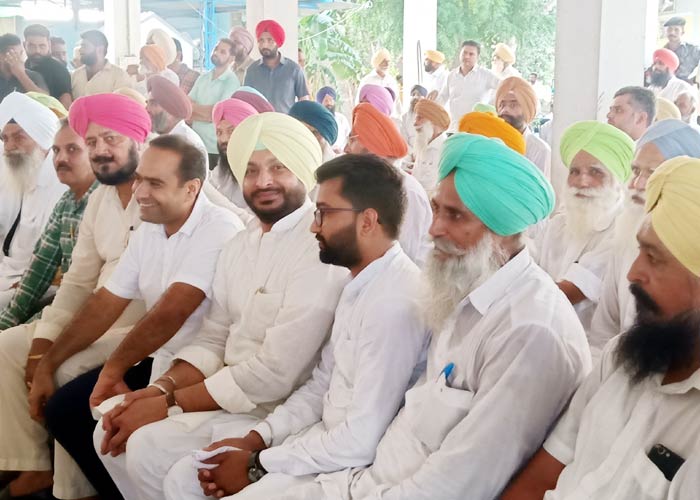 Ludhiana MP Mr Ravneet Singh Bittu today took stock of the ongoing arrangements of annual conference to be held during a historical mela at village Chhapar of the district on September 13, 2019.

While addressing the gathering, Mr Ravneet Singh Bittu said that under the leadership of Chief Minister Capt Amarinder Singh, a massive rally would be organised on the occasion of historical Chhapar Mela. He said that this gathering would pave way for Congress victory in the assembly by-elections.

He said that the Congress party has already started preparations for assembly by-elections. He further stated that the residents of Dakha as well as other constituencies would vote in favour of pro-development policies of the Congress government.

He said that the Congress party would be organising a massive rally at village Chhapar on September 13, 2019, which would be attended by several Cabinet Ministers, MPs, MLAs, besides other prominent persons of the area as well as a large number of Congress workers.