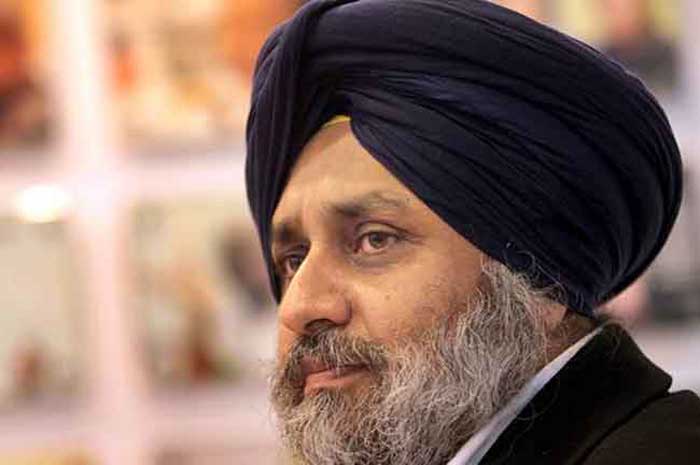 Chandigarh, October 28, 2020 (Yes Punjab News)
Shiromani Akali Dal (SAD) President Sukhbir Singh Badal today said the Union government should not victimize farmers for agitating against the central agricultural marketing laws by refusing to pay the rural development fund (RDF) component of Rs 1100 crore on government paddy purchase adding such mechanizations to hit out at farmers and the State only confirmed fears that the process to finish the ‘mandikaran’ system had begun.

In a statement here, the SAD President while condemning the Union ministry of consumer affairs, food and public distribution for not making any provision for RDF in the cash credit limit extended for the current paddy procurement season, said this would adversely affect the food grain procurement system in Punjab.

He said the money received by the State from RDF, which was around Rs 1850 crore per annum, was used to maintain 1800 mandis and 70,000 kilometers of rural link roads.

Asking the centre to make provision of RDF fee component in the FCI provisional cost sheet immediately, Mr Sukhbir Badal said Punjab was already reeling under an economic blockade due to stoppage of inbound goods trains to the State.

“Now it must not be subject to an attack on infrastructure built to facilitate farmers and rural areas. The central government must take into account that the farmers who are agitating against its policies presently are the same who fed the nation for fifty years. The centre should not use coercive measures against them and should win them over with love”.

Mr Badal said the Punjab government should be allowed to withdraw RDF from the cash credit limit it has received to purchase the paddy crop. “Not allowing the State to do this amounts to a direct attack on the rights of the State and is against the principle of federalism.

The Punjab Rural Development Act allows imposition of Mandi fee to maintain Mandi infrastructure as well as rural link roads. Funds under this head should not be denied under flimsy grounds of scrutiny as was being done by the Consumer Affairs department”.

The SAD President said the farmers of Punjab had given their all, including their most precious water resource, to fill the national food kitty. He said the nation should not send a message that it is ungrateful and does not value the sacrifice of the farmers of the State.

“Nothing should be done to harm the interests of farmers of Punjab and doing away with RDF fee to the State will cause them irreparable harm. Such steps will lead to further confrontation and could have serious long term consequences threatening the peace of the State as well as its social and economic stability.

Punjab being a border State can ill afford such a state of affairs. The centre must eschew the path of confrontation and take steps to resolve the grievances of farmers by repealing the three agri-marketing laws and ensuring the farming community assured government purchase of all food produce as per minimum support price (MSP)”, Mr Badal added.