Home Punjab Cases against all 55 Sikhs in Pilibhit to be withdrawn: SAD 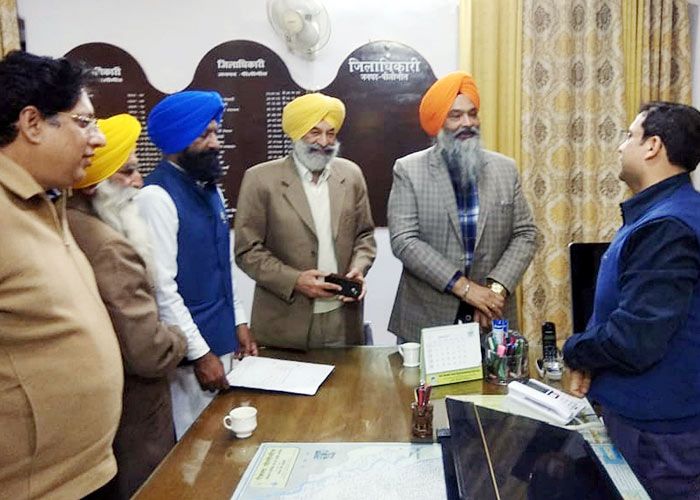 The Pilibhit district administration has given a categorical assurance to a high level delegation of the Shiromani Akali Dal (SAD) that it will withdraw cases against 55 Sikhs who had been booked for violating prohibitory orders while taking out a Nagar Kirtan to commemorate the Shaheedi Divas of the two Sahibzadas of Sri Guru Gobind Singh on December 29.

A high level delegation of the SAD including MPs Balwinder Singh Bhundur, Prof Prem Singh Chandumajra and Naresh Gujral visited Pilibhit yesterday and held discussions with affected Sikhs as well as the District Magistrate and the Superintendent of Police of the district.

Prof Chandumajra said both officers admitted that the district administration had erred in taking action against the 55 Sikhs. “The officers said it was clear that the Sikh devotees were taking out a peaceful procession and did not intend to disturb the peace. They also assured that all cases against the 55 Sikhs would be taken back and that they would be discharged honourably”.

Giving further details, Prof Chandumajra said the delegation had met the ‘sangat’ at Puranpur where it was revealed that the organizers of the Nagar Kirtan had informed the district administration about the Nagar Kirtan.

He said it was unfortunate that such a heavy handed action had been taken against the devotees, who included women and children. He said the ‘sangat’ also apprised the delegation that earlier also in one case the administration had acted against Sikh devotees instead of an encroacher who wanted to take over a local gurdwara.

He said the DM and SP were also apprised about this incident and they promised to form a committee to probe it.

Expressing satisfaction with the turn of events, the SAD delegation thanked the district administration for withdrawing the cases against the Sikh devotees. The delegation members also thanked former BJP minister Dr Vinod Tewari and Puranpur legislator Babu Ram Paswan who helped them in resolving the entire matter to the satisfaction of the Sikh community of Puranpur.