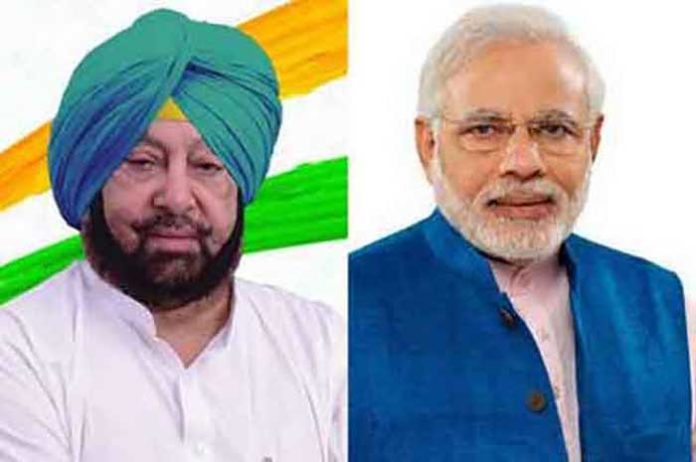 A sum of Rs. 100 per quintal of paddy should be given to farmers so that they can arrange to manage the stubble without resorting to its open burning by using the compensation money to meet the paddy straw management cost, the Chief Minister stressed in his letter to the Prime Minister.

The Chief Minister pointed out that harvesting of paddy crop had already started in the state, and was expected to pick up momentum over the next 10 days. The farmers of Punjab will face the challenge of managing nearly 20 million tonnes of paddy straw once again this season, he noted.

On its part, the state government was doing all it could to check the problem of stubble burning, said Captain Amarinder, adding that around 28000 machines had been supplied to the farmers last year on subsidy ranging from 50% to 80%.

Another 26000 machines would be supplied to them this year for in situ management of Paddy straw, he said, adding that, in addition, a vigorous campaign had been launched at the grassroots level to sensitize farmers against stubble burning, and its ill effects on environment and human health.

However, since the window available to farmers for sowing the next Rabi crop after harvesting of paddy was very small they end up resorting to stubble burning in order to quickly clear their fields to save the cost of managing paddy straw through machines supplied to them, said the Chief Minister. Further, he said the additional cost of using the machines was between Rs. 2500 and Rs. 3000 per acre, which the farmers could not afford.

It may be recalled that the Chief Minister had raised a similar demand for compensation to farmers with the Prime Minister in September last year too.