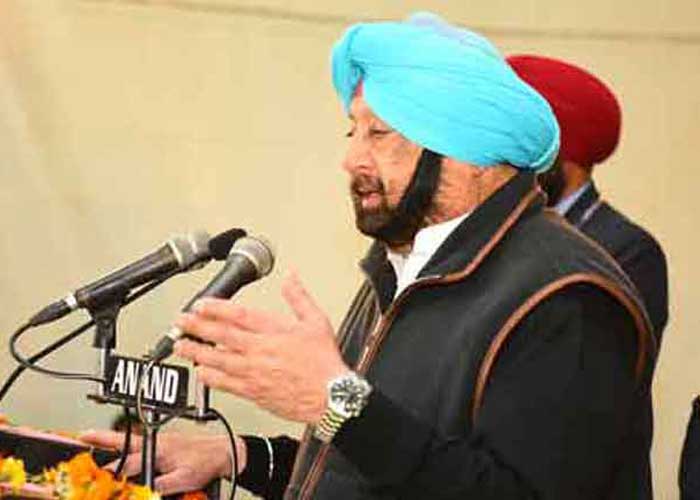 As the state government intensified its preparedness to handle any escalation in the COVID-19 crisis in the coming days, Punjab Chief Minister Captain Amarinder Singh on Wednesday directed the Health Department to make mobile testing vans operational in all districts having pandemic hotspots to conduct community testing for SARI (Severe Acute Respiratory Illness).

The Chief Minister has also ordered an aggressive drive to scale up the isolation beds to 5,000 in the next few days, and even further going forward, to meet any eventuality. Though there are no confirmed estimates available, the state government is preparing for the worst case scenario, according to Chief Secretary Karan Avtar Singh.

Manpower recruitment and training has also started on war footing to ensure that the state is fully prepared in the coming weeks, said the Chief Secretary, adding that 2500 beds in 20 facilities in the state were ready for utilization, and the number would be continuously increased along with support facilities.

Reviewing the availability of essential medical equipment to handle COVID-19 cases in the state, the Chief Minister has asked the Health Department to order the necessary protective gear, ventilators, masks etc on priority. According to ACS Vini Mahajan, continuous testing of samples prepared indigenously by Punjab companies was being ensured and orders for approved equipment had already been placed.

Captain Amarinder has also asked the Deputy Commissioners to personally oversee the arrangements for food and other essentials as part of the relief operations launched across the state amid curfew/lockdown restrictions.

Given the inability of beneficiaries to reach Banks/ATMs, the Chief Minister today directed the DCs to ensure disbursement of social security pensions, old age pensions and benefits to the various categories of beneficiaries through Business Correspondents instead of direct bank transfers.

Acting on the Chief Minister’s directives, ACS Home Satish Chandra has issued detailed guidelines to all the Administrative Secretaries, DGP, Divisional Commissioner, Deputy Commissioners, Zonal IGPs, Commissioners of Police, DIGs and SSPs. The banks have been asked to augment the numbers of BCs if required, and also to approach the district authorities for bulk passes for the business correspondents.

Though banks have been allowed to operate through the week in Punjab, they have been directed to ensure that all social distancing and other protocols are maintained to check the spread of corona virus. The banks have been advised to remain open for public between 10.00 am to 2.00 pm.

In view of the upcoming Baisakhi celebrations, the Chief Minister today also urged the Acting Jathedar of Sri Akal Takht Sahib, Giani Harpreet Singh, to appeal to the people to offer prayers from home on the occasion in view of the restrictions on gatherings.

Meanwhile, the Punjab Police continued with its relief operations, reaching out to more than 1.8 crore people today with dry and cooked food rations. In Baranala, the police has mobilized a special bus for distribution of essentials purchased out of a corpus of Rs 40 lakhs, created with contribution from the force and prominent personalities of the district.