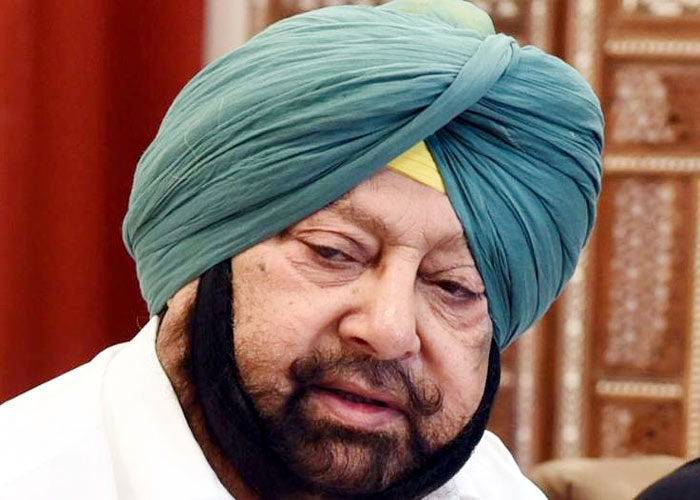 Chandigarh, July 3, 2020 (Yes Punjab News)
Punjab Chief Minister Captain Amarinder Singh on Friday lashed out at SAD’s Sukhbir Badal and Union Minister Harsimrat Badal for misleading the people of the state to promote their petty political agenda in the midst of the Covid crisis.

In a hard-hitting attack on the Badal couple, the Chief Minister said the concerted manner in which they were running a campaign of deceit and lies had exposed their shameless double standards. The people of Punjab would not be taken in by the political antics and crocodile tears of the Akali leaders, who had looted Punjab shamelessly for a decade without sparing any thought for the problems of the masses, he said.

Flaying Sukhbir Badal over his allegations of ration embezzlement by Congressmen in Punjab, the Chief Minister asserted that the MLAs were supporting his government’s efforts to ensure that nobody goes hungry. The MLAs are close to the people and well placed to help out those in immediate or urgent need, which is what they have been doing, said Captain Amarinder.

Pointing out that every Congressman in every part of the country was currently out helping people, as part of the party’s concerted efforts to reach out to the needy in this hour of crisis, the Chief Minister said the Akalis could not relate to this as they had never seen beyond their personal interests.

Captain Amarinder ridiculed Sukhbir’s allegations that the foodgrains received by the state government had not been distributed among the people, pointing out that even the figures cited by the Shiromani Akali Dal (SAD) president were totally incorrect, showing how pathetically removed he was from reality.

In addition, under the ATMANIRBHAR scheme of GoI, wheat(per person) and dal (per family) was provided for 14.14 lac persons, and the state, after grounding the wheat to flour, added dal to make it 1 kg per person and put in 1 kg sugar on its own. In fact, the state government had distributed 17 lakh packets to migrant labourers at the cost of Rs 69 crores from its own funds, with 10 kg atta, 2 kg dal and 2 kg sugar.

This data was sufficient to show that Sukhbir’s claims and allegations on foodgrain distribution were totally unsubstantiated and baseless, and as usual, the SAD chief was talking nonsense and indulging in double standards, said the Chief Minister, pointing to the recent backtracking of the Akalis on the issue of three farm sector Ordinances and their earlier contradictory stands on the CAA.

Taking on Harsimrat Badal on the issue of fuel VAT, the Chief Minister said if she was so concerned about the impact of the escalating fuel prices on the common man, why did she not pressurise the Union Government, in which she is a cabinet minister, to put a stop on the uncontrolled hike in prices of diesel and petrol for 22 straight day. He dismissed her purported concerns about the common man, saying it was ridiculous that she should react to the state government’s increase in petroleum tax after consistently ignoring the shocking daily increase in fuel prices by the central government.

Harsimrat seemed to have had no problem with the central government earning more than Rs 2 lakh core from the fuel price hike but when it came to her own state, which was reeling under an unprecedented fiscal crisis and was struggling to cope with the Covid pandemic, she found it anti-people, remarked the Chief Minister, taking a dig at the Union Minister’s comments on the issue.

“If the Badals are sincere in opposing the fuel price hike by the Centre, as they claim to be, why don’t they quit the NDA coalition at the Centre? Why is Harsimrat still in the Union Cabinet?” asked Captain Amarinder. The Akalis were only interested in retaining power at all costs, and in filling their pockets even if that meant the devastation of Punjab, he added.