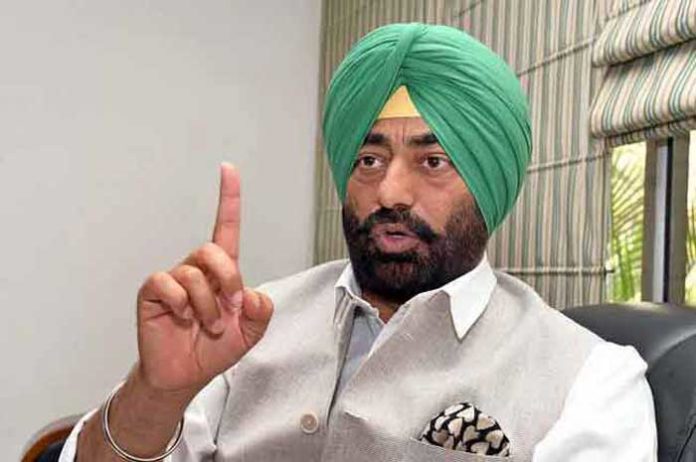 In a statement issued here today Sukhpal Singh Khaira MLA and former Leader of Opposition urged Capt. Amarinder Singh to summon a special session of the Vidhan Sabha Punjab, to oppose direct attack on the autonomy of the state regarding the proposed Electricity Amendment Bill 2020 and three anti farmer Ordinances passed by the central government recently, that will become a law in the upcoming monsoon session of the Parliament.

Khaira said as per the proposed Electricity Amendment Bill, the central government will have the authority to appoint regulators in the power sector across all states of the country and also the amendment proposes DBT (Direct Benefit Transfer) to replace the farm subsidies being provided by the states of the country.

Khaira said if the proposed Electricity Amendment bill becomes a law in the Parliament, the farmers of Punjab will lose power subsidy on tubewells that is currently available to them. Khaira said Capt. Amarinder Singh has already passed the issue of DBT and withdrawal of power subsidy to avail the enhancement of borrowing limit from 3% to 5% of the GSDP in the cabinet recently.

Khaira said later succumbing to farmers pressure Capt. Amarinder Singh only tweeted to assure that power subsidy will not be withdrawn.

Khaira said proposed Electricity Amendment Bill 2020 and the said ordinances aim to make India to make more unitary in nature that will rob the states of their autonomy. Khaira said Punjab earns approximately Rs.150 per Quintal of the MSP from Paddy and wheat that goes into the account of Punjab Mandi Board, which in turn uses that money for rural development.

With the abolition of APMC act the state of Punjab is bound to lose hundreds of crores of this revenue, that will ultimately go into the hands of private sector corporate houses like the Ambanis, Adanis etc.

Khaira said therefore it is highly imperative for the Punjab government to summon an immediate session of the Punjab Vidhan Sabha and pass resolution against both these draconian anti-farmer and anti-state laws that will further weaken the federal structure of the country. Khaira said SAD that is indulging in doublespeak and double standards on both the issues will also stand exposed in the Vidhan Sabha, if they abstain or vote against the said resolutions.