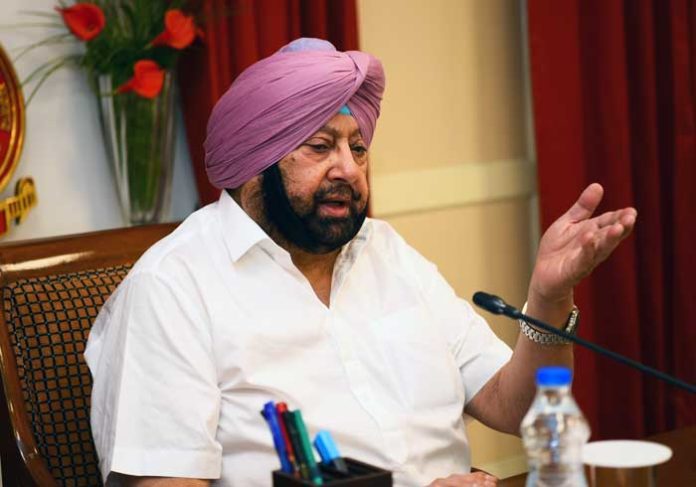 Punjab Chief Minister Captain Amarinder Singh on Wednesday constituted a Working Group under the chairmanship of Additional Chief Secretary (Health) to tackle the growing menace of stray dogs in the state.

Presiding over a high level meeting to discuss the growing incidents of dog bites in the state, Captain Amarinder directed the Chief Secretary to explore possibility to take support from the Government of India to eradicate the problem.

He also asked the Chief Secretary to regularly monitor the progress of implementation and achievement of the specific targets under the action plan given to all the Deputy Commissioners in this regard.

The Working Group set up to suggest ways to address the problem has been asked to submit its report within two weeks. It has been mandated with the task of finalizing the action plan to check the stray dogs menace in a result-oriented manner, with a time-bound strategy to control their population.

Expressing concern over the growing problem, which had assumed alarming proportions, the Chief Minister also asked the Principal Secretaries of the Departments of Animal Husbandry and Rural Development & Panchayats to work out a joint strategy to install state-of-the-art rendering plants in place of the dead animals disposal yards (hadda roris), which attract stray dogs in large numbers.

The Chief Minister asked both these officers to set up rendering plants in Municipal Corporations as well as Village Panchayats for proper disposal of the remains of the dead cattle in a scientific manner.

He also told the Chief Minister that out of 4.70 lac total canine population, 3.05 lac comprised population of stray dogs. The meeting was further informed that 1,20,000 units of anti-rabies vaccine were issued in 2017 and 1,98,780 in 2018, and 195 anti-rabies centres had been established for treatment of dog bites.

Highlighting the activities of the Local Government department to check the stray dog menace, Director Local Government informed the Chief Minister that out of total 167 Urban Local Bodies (ULBs), 100 ULBs had got resolution passed for sterilization to be started before September 30, 2019. In nine Urban Local Bodies in Amritsar, Jalandhar, Ludhiana, Patiala, Mohali, Hoshiarpur, Pathankot, Zirakpur and Mandi Gobindgarh, ABC (Animal Birth Control) dogs programme was going on in full swing.

Taking part in the deliberations, VC GADVASU stressed the need to ensure public participation to control the dog menace efficiently in mission mode. He also assured the Animal Husbandry department of all possible technical support and cooperation in its ongoing programmes and activities to control stray dogs.