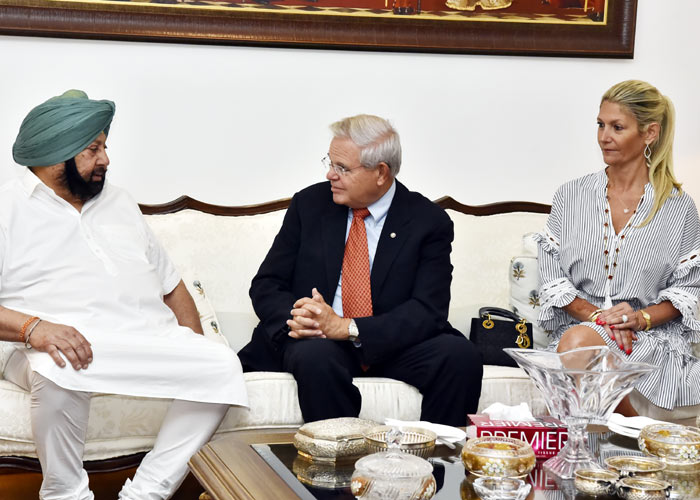 During the meeting, the Chief Minister urged the Senator to facilitate investments from American companies in Punjab, which had opened up new opportunities for businesses in the investment-friendly environment promoted by his government. He pointed out that the state had launched massive reforms in the industrial sectors, and had put in place a holistic framework for sustainable industrial growth to create job avenues for its unemployed youth.

The Chief Minister pointed out that Punjab was witnessing major investments from international companies from Japan, Taiwan, Germany and UAE, which would raise the bar for the state’s industrial development and economic growth. He urged the Senator, and other members of the high-level delegation led by him, to prevail upon American industrialists keen on setting up new ventures in India to visit Punjab. They should come to Punjab to explore the possibilities of investment in the state, which offers large chunks of affordable land, along with skilled manpower, said Captain Amarinder.

Apprising the delegation about the historic 550th Prakash Purb celebrations of Sri Guru Nanak Dev ji, being organized by his government on a mega scale, the Chief Minister invited them to join in the key events at Sultanpur Lodhi and Dera Baba Nanak. Captain Amarinder also mentioned about the arrangements being made for the high-profile opening of the Kartarpur Corridor at Indo-Pak border in November, to mark the historic occasion. The delegation expressed their desire to be part of the celebrations.

Earlier, Menendez, who is also a Ranking Member of the Senate Foreign Relations Committee, said that the trade ties between the United States and India were strong and growing rapidly. The trade relations would strengthen further in the coming years, he said, adding that American companies saw a significant investment potential in Punjab, with its ease of business promoted by the new industrial policy promoted by the Captain Amarinder government.

The Senator told the Chief Minister that he had held a roundtable with Indian-American community leaders in New Jersey prior to his visit to India. Underlining his commitment to fostering the US-India relationship, Menendez said the avenues for the same were discussed at the roundtable meet.