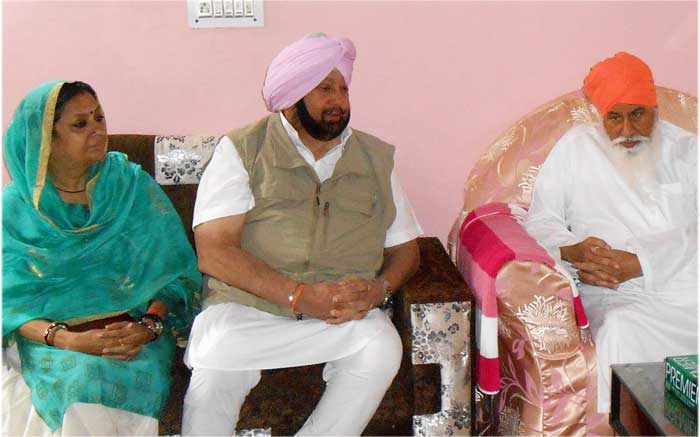 The Chief Minister accompanied by General Secretary All India Congress Committee Mrs Asha Kumari remained at Dera Ballan for more than an hour and sought blessings from Sant Niranjan Dass ji- the head of Dera.

He also lauded the role being played by Dera Ballan for upliftment of the weaker and underprivileged sections of society. Captain Amarinder Singh also appreciated the role of Dera in imparting quality health and education services to the needy people.

The Chief Minister also assured fulsome support and cooperation to the Dera for this noble cause. He said that the state government was ever ready for assuring that no stone was left unturned for the well being of people. Captain Amarinder Singh further said that since long he had been aspiring to visit the Dera for seeking the blessings.

On the occasion Sant Baba Niranjan Dass ji also felicitated the Chief Minister with a Shawl and Robe of honor.