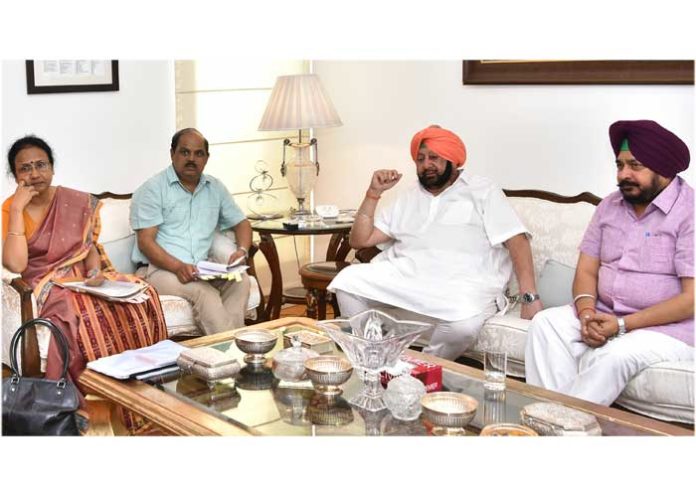 Punjab Chief Minister Captain Amarinder Singh on Wednesday directed departments of School, Higher, Veterinary, Technical and Medical education to ensure smooth admission for Scheduled Caste students in the current academic session to enable them to continue their higher education in the disciplines of their choice.

Reviewing the overall progress of SC welfare schemes, especially the post-matric scholarships, Captain Amarinder asked the Administrative Secretaries of these line departments to ensure that none of the deserving SC students is refused admission on any ground. The Chief Minister also asked them to personally resolve any specific case with the heads of the educational institutions found denying admission to any SC student.

Reiterating the State Government’s firm commitment to safeguarding the interests of the SC students, the Chief Minister directed that students desirous of pursuing higher education would not be put to any sort of inconvenience or harassment by institutions of higher learning during admissions.

Expressing concern over the non-release of nearly Rs. 1663 crore by Government of India on account of SC Post Matric Scholarship for the year 2016-17, 2017-18 and 2018-19, Captain Amarinder directed ACS Social Justice, Empowerment to take up the matter with the Centre for its early release.

Meanwhile, the ACS Social Justice and Empowerment apprised the CM that a sum of Rs. 1720 crore for the year 2013-14 to 2016-17 had been disbursed to the institutions.

On the request of Social Justice, Empowerment and Minorities Minister Sadhu Singh Dharamsot, Captain Amarinder directed the Finance Department to immediately clear pending payments worth Rs. 72 crore to the eligible beneficiaries under the Ashirwad Scheme.