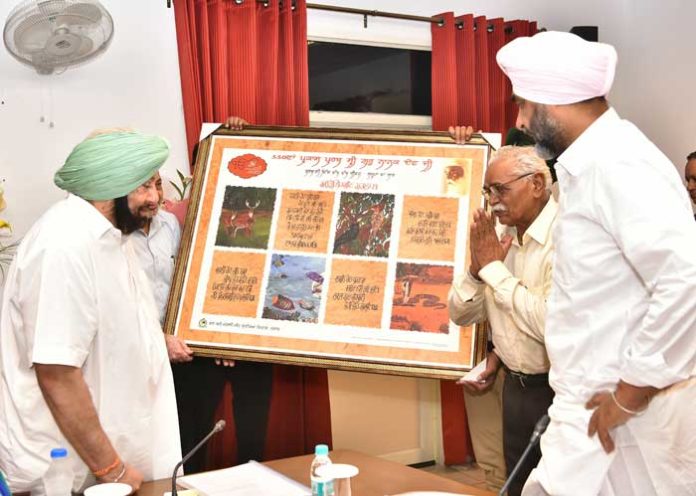 The Mahendra Chaudhary Zoological Park, Chhatbir and other zoos in the state on Thursday got a budgetary infusion of Rs 22 crore for their development with Punjab Chief Minister Captain Amarinder Singh giving the go-ahead for the same.

Presiding over a meeting to review the progress of development works in zoos, the Chief Minister also electronically inaugurated the new thematic entry plaza at Chhatbir Zoo by pressing a remote button to dedicate the plaza to the general public.

To finalise and execute the proposed zoo development projects presented by the Department of Forests and Wildlife Conservation, Captain Amarinder Singh asked the Finance Minister Manpreet Singh Badal to convene a joint meeting of Additional Chief Secretary Forests, Additional Chief Secretary Housing and Urban Development Principal Secretary Finance and Principal Secretary Local Government immediately after the Monsoon Session. He also asked the Finance Minister to ensure the completion of all the projects within two years.

During the meeting, the Chief Minister also gave approval to establish an Interactive Dinosaurs Park – the first of its kind in the country- at the Chhatbir Zoo, in PPP mode. He directed PEDA to explore the feasibility for installation of a solar power plant over an area of 5-10 acres land in Chhatbir.

The Chief Minister directed the Finance Department to keep a budgetary provision to acquire exotic animals for Chhatbir zoo.

Captain Amarinder showed interest in visiting the Chhatbir zoo along with his cabinet colleagues soon.