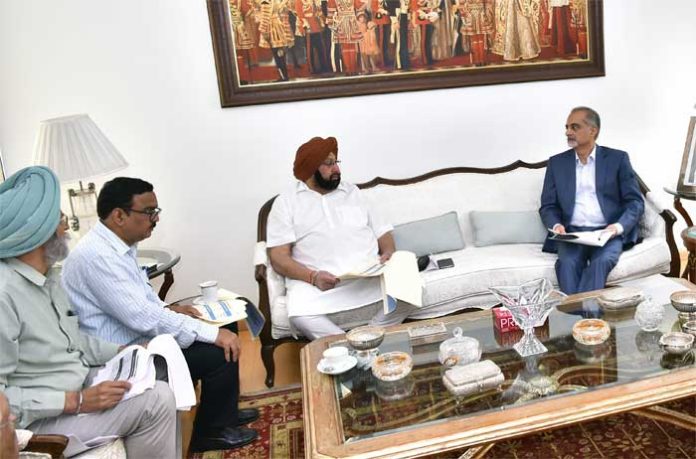 Chief Minister Captain Amarinder Singh has ordered a crackdown on power theft in a bid to check the huge losses suffered by the Punjab State Power Corporation Limited (PSPCL), particularly in the areas bordering Pakistan and Haryana.

Chairing a high-level meeting to review the state’s power situation in the prevailing peak power demand season, the Chief Minister directed the Chief Secretary to issue detailed guidelines to the district police and civil administration in the concerned districts to work with PSPCL to check power theft.

He also asked the Chief Secretary to tie up with the DGP to ensure adequate police protection to PSPCL staff engaged in taking action against unscrupulous elements engaged in pilferage of power through ‘kundi connections’.

On the tardy supply of coal to the thermal power plants in the state, the Chief Minister informed the CMD PSPCL that he had already taken up this issue with the GoI and requested it to direct Coal India Limited to ensure regular and uninterrupted supply for smooth generation of power in the state. He asked the CMD to expedite the Shahpur Kandi Power Project as an alternate source of eco-friendly hydropower generation, which would result in financial benefits of Rs.250-300 crore per year to PSPCL.

The CMD told the chief minister that the total power demand in the state had gone up by 17.78% in June this year, and had further escalated to 33.31% as of date, compared with the corresponding periods of the previous year. This, he said, was the result of the prolonged dry spell and delayed monsoon.

There was also a substantial increase of 37% in the demand for power consumption in agriculture sector this June as against the corresponding month last year, primarily due to advancement of sowing of Paddy by 10 days. The maximum demand during 2019-20 was 13,633 MW as compared to last year’s demand of 12,638 MW.

The meeting was further informed that an all-time record 2268 Million Units (MUs) surplus energy was sold outside the state through exchange and tenders during 2018-19. The CMD further disclosed that the state power utility had been selling power to other states including J&K, Andhra Pradesh, Tamil Nadu, Madhya Pradesh, Uttarakhand, under the arrangement of banking of power.

The CMD said Punjab had been ranked No.1 in respect of the consumers making e-payments by the Government of India as per Urja India.co.in – a portal of the Ministry of Power, GoI – from December 2018 to April 2019. PSPCL recorded highest ever revenue of Rs. 12,742 crore through digital modes from April 2018 to March 2019, which was 50.25% of the total collection of Rs.25,357 crore.